This year, eleven German universities were chosen to receive€2,7 billion in extra funding until 2017 as part of the “ExzellenzInitiative”. A

The Excellence Initiative has not reached its goal: Universitieshave barely managed to sharpen their profiles and develop theirdistinguishing characteristics. A team led by WZB researcher DagmarSimon came to this conclusion. In the most recent WZBrief Bildung,the scholars explain that the political demands on and support ofthe process of developing institutional profiles does not lead tointentional differentiation, but rather to a structuralequalization of the universities.

The researchers refer to existing qualities that were capable ofbeing built upon – for example knowledge transfer, creative courseofferings or the promotion of young scholars. The one-sidedconcentration on establishing interdisciplinary and interuniversityresearch corresponds to the usual reputation hierarchy in thesciences: Of all the university tasks, (basic) research is ofhighest priority for almost all professors. No university inGermany can get around that, if the formation of a profile is to bedriven forward.

The WZBrief Bildung is based on the study “Status andDevelopmental Perspectives of Research at Institutions of HigherEducation in Germany.” Administrators from 14 representative,select universities were questioned in interviews. Furthermore,almost 2,500 professors responded to a questionnaire. WZB projectpartners were the Zentrum für Europäische Wirtschaftsforschung, theFraunhofer-Institut für System- und Innovationsforschung, theStifterverband für die Deutsche Wissenschaft and Joanneum ResearchGmbH in Vienna. 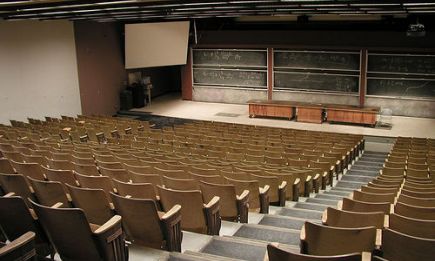 German HE expands until 2025

University enrolments will continue at elevated levels until 2025,...

Finding your way in German HE