Teachers selected for the Master Teacher Corps will be paid anadditional $20,000 a year and must commit to participate multipleyears. The goal is to create a multiplier effect in which experteducators share their knowledge and skills with other teachers,improving the quality of education for all students. A reportreleased in February by the President’s Council of Advisers onScience and Technology found that the U.S. must increase by 34percent the number of students receiving degrees in science, mathand related fields to keep up with economic demand.

Do much better job

The administration will make $100 million available immediatelyout of an existing fund to incentivize top-performing teachers.Over the longer term, the White House said it plans to launch theprogram with $1 billion included in Obama’s budget request forfiscal year 2013. But the House and Senate both voted down Obama’sbudget earlier in the year, making it far from certain that Obamawill be able to get congressional approval to spend $1 billion onmaster teachers. Education Secretary Arne Duncan said :”Thisinitiative has nothing to do with politics. It’s absolutely in ourcountry’s best long-term economic interest to do a much better jobin this area.” 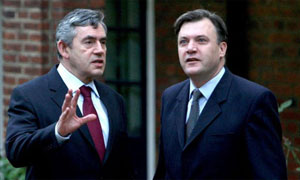