It’s conventional wisdom that Asian societies revere scholarships and that HE investments have driven economic developments in the region. Also it is to be expected that Asian universities will gradually eclipse the western university system.

Geographically there is not one Asia, Professor Healey stated. The ‘continent’ comprises some of the richest nations (Qatar, Brunei, Singapore) and some of the poorest nations in the world (Nepal, Burma, Afghanistan) at the same time. Population figures are staggering: with 30% of the world’s land mass, Asia has a population of 3.9 billion (60% of the world’s total) and the figure has quadrupled in the 20th century.

Economic growth will continue to drive demand for higher education in Asia, at least as long as the largest Asian economies succeed in avoiding the ‘middle income trap’ hat would leave economies unable to compete internationally as the wages rise too high while countries have not yet reached the high quality production of the more advanced nations.

Professor Healey predicted that the population grow in Asia will be due to ageing, not to growth in the younger cohorts. 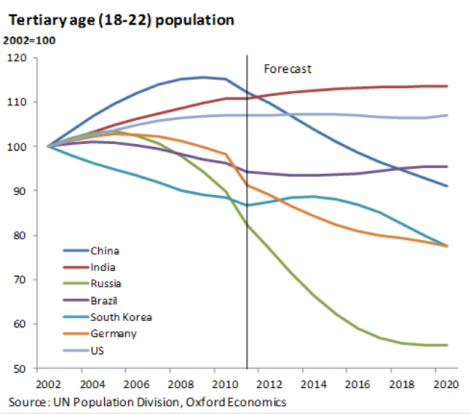 From quantity to quality

Since participation rates in higher education will soon begin to reach western ‘saturation levels’, the broader trend will be a shift from quantity to quality. Healey observes the advent of new quality assurance regimes in Asia and explicit policies to internationalise universities.

According to the British Council this results in high rankings for the strength of quality assurance regimes: 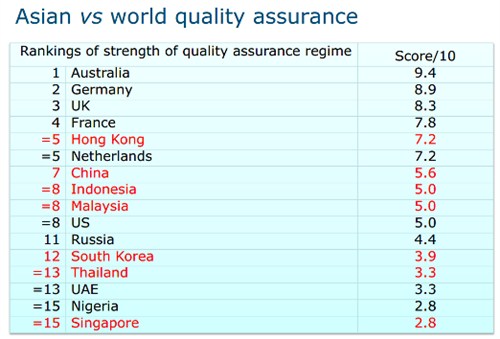 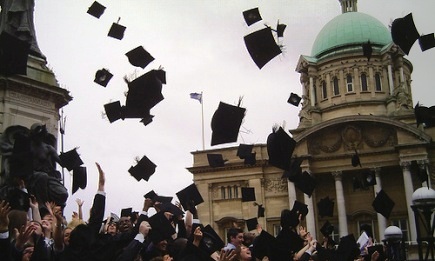 China, South Korea and co. want to shift their...