“This conference is a landmark,” Zubizarreta says about theConference Evoking Excellence in Higher Education and Beyond thatis taking place at the Hanze University of Applied Science. “In theNetherlands honours education has risen to the top. I can think ofno other country that is so dedicated to it. Here you also have thebacking and support of governmental institutions. That’s veryremarkable.”

Classroom as a laboratory

John Zubizarreta is teaching literature at Columbia College inSouth Carolina and in 2010 he earned the Carnegie U.S. Professor ofthe Year award. As president of the National Collegiate HonorsCouncil (NCHC)he is a profound thinker on the development of honours education inboth the US and Europe. Years ago he met Marca Wolfensberger,researcher and lecturer at Hanze UAS, at an internationalconference on Improving University Teaching in America. This becamethe start of an unfinished conversation between and their twocountries.

“We were talking about honours in the bus back from theconference. I guess that somewhat influenced her thinking on thesubject. In the next years the amount of people from theNetherlands visiting our conferences grew to over thirty.” In thatsense, according to Zubizarreta there are a lot of similarities inthe practice of honours education in Europe and the US.

“It is comparable. We think of an atmosphere in which both thefaculty members as well as the students need to learn. Theclassroom can be seen as a laboratory. I do think however that inthe Netherlands there is a lot more emphasis on researchapproaches.”

Learning to be an honours student

Zubizarreta who is teaching both honours and regular classesnotes, that in the US there’s more focus on teaching. “Research isnot what’s most important. We like to promote students to know howto learn. It’s about the adaptation of learning to a differentcontext.” Whereas in the Netherlands honours education regularlystarts in the second year of university, in the US students areconditioned to it in an earlier semester. “I think her in theNetherlands we don’t dare to start it then yet,” MarcaWolfensberger says.

Zubizarreta: “In the US a lot of emphasis is placed on thetransition between high school and college. For example at ColumbiaCollege there is a special orientation of four days for honoursstudents. It is about building a community. Students have to learnwhat it means to be an honours student.”

Learning in honours education is not solely the goal forstudents. For teachers it is almost as important, according toZubizarreta. At Columbia College for example the emphasis is muchmore on the quality of teaching. “We are thoroughly examined by howwe teach. We have peers, personal reflection, yes, if you are not agood teacher you will be out.”

Especially in honours education, as it’s sort of a laboratoryfor the development of education, teachers need to re-inventthemselves. “Teachers need the opportunity to be innovative.” Thatmeans that space needs to be created for teachers to try and makemistakes. According to Zubizarreta a healthy educational system isone in which this space for experiment and productive failure iscreated.

He therefore praises the nationwide recognition in theNetherlands for honours education as “the biggest hurdle ischanging the institutional culture to really develop honourseducation. The Netherlands is very unique in this approach.” “Everywhere in Europe, what we need most are creative... 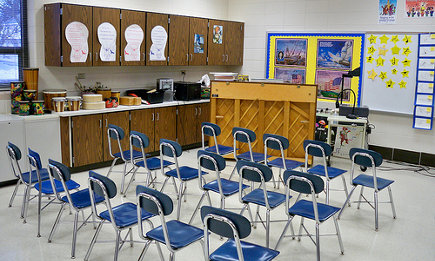 While Rabia Bouzian, ScienceGuide Student of the Year 2009,...