What is on the agenda for higher education stakeholders all over the world? Every week ScienceGuide.EU presents you a selection of the most important topics and items trending in social media.

@debatingeurope raises the question what role education can play in tackling Europe’s crisis.

@euronen: Members of the European Parliament already anticipate cuts in the R&D-budget and steer their debate in the ITRE-committee towards prioritizing issues in Horizon 2020

@EU_regional: In which regions do populations value education most? Eurobarometer has the answer.

@BritishCouncil: A fascinating field of research, ‘archaeoastronomy’, how people in the past understood phenomenons in the sky.

@ScholarlyKitchen: Should all scientific data be preserved? Dr. Droegemeier (university of Oklahoma) thinks not.

@NatureNews: China is predicted to have the greatest scientific impact, but few scientists want to go there.

@timeshighered: Lord Giddens (former director of the LSE) thinks Erasmus-mobility should be radically stepped up.

@ScienceGuide: Dutch high tech employers mapped their competition: what are the appealing factors for knowledge workers to The Netherlands? Which not? How can MOOC be improved and will there soon... Erasmus Generation as Europe’s last hope and the challenges... 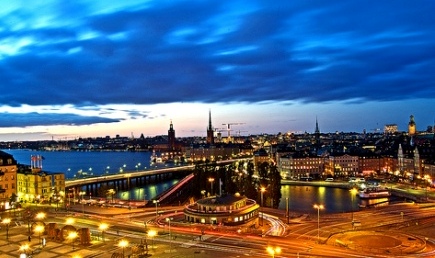 How do tuition fees affect university choice? Numbers from...