Teach first (TF) is a program that aims at connecting the biggest brains of the country with the most challenging schools in England’s Cities. The program focuses on a mix of talent management and social innovation. The main philosophy is that a child’s success should not be determined by his social-economic status.

To celebrate the 10th anniversary of Teach First the organization wanted something special. The stunning location where? and numerous charismatic speakers such as guaranteed attention for #Challenge 2012. The summit gave an extensive overview of all initiatives that have been developed to improve British education. The amount and quality of the initiatives shows that the British are one step ahead of other European countries, including the Netherlands.

Founder of Teach First is Brett Wigdortz. He describes the development of the Teach First philosophy in his book: ‘Success against the odds: Five lessons on how to achieve the impossible’.

At his former job at McKinsey Brett Wigdortz was part of a team investigating how McKinsey could improve secondary education in England. One of the results was that there is a direct link between the quality of teachers and the success of their students. This piece of knowledge was the start of an amazing history.

Research showed that only ten percent of all teachers wanted (or dared) to work in neighborhoods that face social problems, and among them there were definitely not any graduates from top level universities such as Oxford and Cambridge. On the other hand, a large group of gifted academics did not consider a career in education because teaching wasn’t perceived as challenging enough and the possibilities for personal development were too low.

Brett took a six-month sabbatical and started a pilot project that has developed into a program with thousands of young teachers. Last year he ended fourth in the Times Top 100 Graduate Employers.

Since the creation of Teach First in 2002, thousands of young graduates from top university were recruited to work in the most challenging schools and neighborhoods of the UK. After finishing the program around fifty percent of all participants continue their career as a teacher.

From ‘educationally disadvantaged’ to excellent pupil

During the opening ceremony, different aspects of education were discussed by a variety of renowned speakers.

James-Leigh Pemberton, CEO of Credit Suisse UK, main sponsor of Teach First, spoke about the importance of the contribution of companies to the quality of education. In a nutshell: as a company you are obliged to invest in your future employers and the society they live in.

With a large applause, the ‘2022 Impact Goals’ were presented during the conference. These goals concentrate on lowering ‘educational disadvantages.’ In more concrete terms: lowering all barriers between the potential and ambition of a child and his or hers socio-economic status.

In the Netherlands, there is still not as much attention for the ‘achievement gap’, and there is clearly potential gain in combating it. From the perspective of Teach First, excellent education can only be achieved through luring the best graduates into the teaching profession. They also need to be teaching in places were they will be most valuable.

After a spectacular closing ceremony by the pupils of the Ochestra-For-All, one of the many initiatives by TF-alumni, more than 100 workshops were given.

Many of these workshops were given by Teach first alumni; the so-called Teach First Ambassadors. It is fascinating to see how Teach First has become a catalyst for social innovation and educational improvements, and how much can be achieved without the support of the central government. Teach First attracts a dazzling amount of young people and educational organizations from around the country.

A good example of such an organization is ‘The Brilliant Club’, erected by two 2008 Ambassadors.The Brilliant Club initiative connects PhD students of England’s most prestigious universities with young people from Britain’s most problematic neighborhoods. They achieve this through an independent and sustainable financial model that creates a ‘win-win-win’ situation. Not surprisingly, “The Brilliant Club” has won more than a few awards for social innovation and corporate social responsibility.

During the #Challenge2012 special attention was given to the shared challenges the countries face. Participants look forward to continue this discussion at the International Summit on the Teaching Profession that will be held in Amsterdam in 2013.

The International Summit on the Teaching Profession focuses on an open and honest discussion on successful policy, threats and opportunities within education. The role of teachers in improving the learning of students will also be discussed. The Summit in Amsterdam will host the 20 most successful countries in the field of education.

The conference in London focused on the necessity to connect different groups in society through education. It clearly showed that prestigious schools and, for example, honor programs can contribute to improve the education of the majority.

In a nutshell: Challenge 2012 was an accumulation of positive energy that is improving British education on an unrivaled scale. Systematic improvements like this are the dream of all policy makers and teachers. Many countries will be inspired by this successful British initiative. 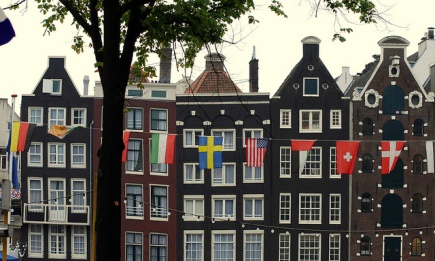 What about the Teacher Summit?

Within a month Amsterdam will be crowded with the...