Shams 1, as the solar plant is called, covers about 2.5 square kilometers in the desert southwest of the UAE’s capital Abu Dhabi. It is a 100 MW concentrated solar plant with 250,000 parabolic shaped mirrors. They direct energy from the sun to heat liquid in a tube, which then creates steam to drive an electricity generating turbine. Shams 1 produces power for 20,000 homes and plans for Shams 2 and 3 are afoot. They are part of the UAE‘s aim to generate 7% of its electricity needs from renewable sources by 2020.

The UAE is not the only country in the region with ambitious plans for renewable energy. Qatar wants to have 1.8GW solar capacity up and running within the next few years and Saudi Arabia has plans for 54GW of renewable output in twenty years’ time. The Arab peninsula is of course well suited to make all this happen. It is one of the sunniest places on the planet, with plenty of wind too and an abundance of space for both solar plants and wind farms. In addition, the region’s vast oil and gas wealth provides a solid financial foundation for investment in renewables.

It may seem a bit surprising that countries with such enormous oil and gas reserves would opt for renewables. However, the region has some of the highest levels of per capita energy consumption in the world and populations are growing. An increasing portion of oil and gas production has to be used to meet growing domestic demand. In some cases gas has to be imported. At the same time governments in the region are keen to protect their hydrocarbon resources for export in a global market that is becoming more competitive while solar and wind energy are becoming ever more cost-effective. Renewable energy to help meet domestic demand suddenly does not seem such a bizarre option. And there are other benefits too. The renewable industry creates jobs, diversifies the region’s economies and provides great opportunities for research and development. And there is political capital in renewables too.

Does that mean the Gulf region is firmly on the road to a more sustainable energy future? It remains to be seen. If demand for electricity falls, due to slowing economic growth or a cut in local electricity subsidies, investing in renewables will become less imperative. It will also depend on the development of unconventional oil and gas resources in the region. Saudi Arabia recently announced it will push ahead with test drilling for shale gas. But it is too early to tell how large reserves are and how soon commercial production, if any, can begin. The huge amounts of water needed for hydraulic fracking may prove to be a limiting factor. So for now at least, signs are positive that there will be another Arab spring, this time in renewable energy. 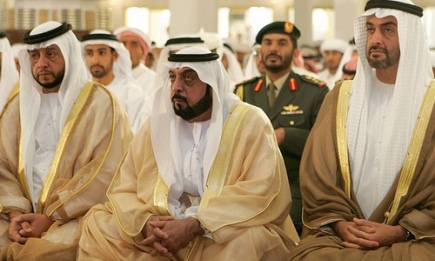 An ostrich defense in the Gulf

The position of American and European universities in the...