Just as MIT in the 1980s created a landmark study on industrial stagnation in America (‘Made in America’), the institute now launches a research group to explore how innovation flows from ideas through production into the economy. The point of departure was recognizing that innovation is critical for economic growth and for a vibrant and productive society. MIT wrote an alarming report and looks at Germany for answers.

One of the key danger points identified is the declining weight of the U.S. in the global economy. Even though the U.S. share of world manufactured output has held fairly steady over the past decade, economists have pointed out that this reflects good results in only a few industrial sectors. And even in those sectors, what appear to be productivity gains may be the result of underestimating the value of imported components.

While the output of U.S. high tech manufacturing is still the largest in the world and accounted for $390 billion of global value added in high-tech manufacturing in 2010, U.S. share of this world market has been declining, from 34 percent in 1998 to 28 percent in 2010, as other countries made big strides ahead into this market segment.

Learning by trial and error

The danger is that as U.S. companies shift the commercialization of their technologies abroad, their capacity for initiating future rounds of innovation will be progressively enfeebled. That’s because much learning takes place as companies move their ideas beyond prototypes and demonstration and through the stages of commercialization.

Vertically-integrated enterprises used to organize and pay for educating and upgrading the skills of much of the manufacturing workforce. They had the resources to do this. And long job tenure meant companies could hope to recoup their investment over the course of the employees’ careers. Many of the employees who were trained in big companies or in vocational schools they supported ended up working for smaller manufacturers and suppliers.

Today, American manufacturing firms are on average smaller, and have fewer resources. They do not plan to hold on to their employees for life. They cannot afford to, or, in any event, do not, train. So how will the needed workforce be trained?

“Across the entire industrial landscape there are now gaping holes and missing pieces”, the report states. “It’s not just that factories stand empty and crumbling; it’s that critical strengths and capabilities have disappeared that once served to bring new enterprises to life. Economic progress may be preceded by waves of creative destruction, as Joseph Schumpeter claimed. But we need to know whether the resources that remain are fertile enough to seed and sustain new growth.”

In the meantime, in the basement

To check their findings the MIT research group visited Professor Tonio Buonassisi, a leading researcher on solar cells, in MIT’s own basement laboratory. His story was illustrative of the ‘theory of gaping holes’. “Buonassisi walked us around the lab pointing out all the leading-edge equipment that came from tool makers located within a few hours of Cambridge, Massachusetts. Much of the machinery had been made in close collaboration between the lab and the instrument companies as they handed ideas and components and prototypes back and forth. Used for the first time in the lab, these tools were now being marketed to commercial solar companies.”

“Buonassisi was worried”, the MIT report continues. “The news on the U.S. solar industry was looking worse and worse as the economy stalled, as stimulus spending on renewable energy ended, and Chinese competitors hung in, despite losses and low margins. It looked bad for the local companies Buonassisi worked with.”

“And as Buonassisi thought about it, he saw that the collapse of his equipment suppliers would mean real trouble for his research, for he relied on working with them to make new tools faster for more efficient and cheaper cells. Even in a fragmented global economy with instant connection over the Internet to anywhere in the world, the ties that connect research in its earliest stages to production in its final phases remain vital.”

Looking at the German case, the researchers think that: “The potential of German patterns extends well beyond defending niches against low-cost competition with incremental advances. They create new businesses, not usually through start-ups—the U.S. model—but through the transformation of old capabilities and their reapplication, repurposing, and commercialization. The companies we interviewed had moved from autos to solar modules, from semi-conductors to solar cells, from machine tools to make spark plugs to machines to make medical devices like artificial knees.”

What the Germans have, and what MIT wishes for the U.S. is mainly access to a rich and diverse set of complementary capabilities in the industrial ecosystem: suppliers, trade associations, industrial collective research consortia, industrial research centers, Fraunhofer Institutes, university-industry collaboratives, technical advisory committees.

The MIT researchers believe this is most urgent: rebuilding the industrial ecosystem with new capabilities that many firms of all kinds could draw on when they try to build their new ideas into products on the market. 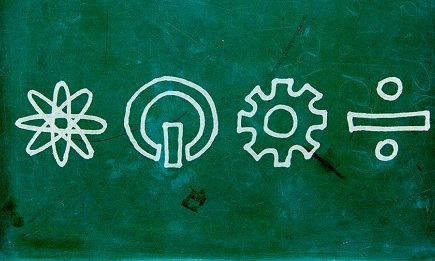 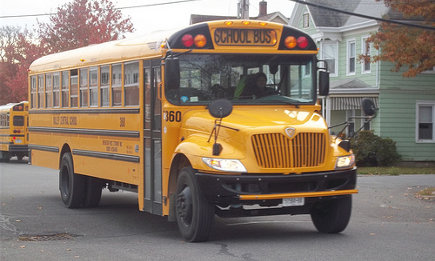