Peer-reviewing of teachers was a major theme at the Teaching Summit and the delegates from New Zealand yielded a lot of applause with their contribution on this issue. Rebecca Mieliwocki, America’s teacher of the year 2012 was among the most enthusiastic: “New Zealand presents its approach to teacher appraisal and at its heart are teacher teams and teacher leaders. Yes!!”

Dutch Minister of Education Jet Bussemaker was impressed too by these peer-reviewing practices. She stated that she appreciated that different school types are connected, ranging from primary education to universities. This sharing of knowledge and experiences led to a joined vision on the career and professional development of teachers. According to the Dutch Minister peer-reviewing of teachers in New Zealand is less introspective and not as much about endorsing other teachers or schools. In New Zealand they are not afraid to let others look into the classroom.

Phil Harding president of the New Zealand Principals’ Federation explained to ScienceGuide what basic values are the core of this successful system: “Value your teachers, trust your teachers and let them do the work.” Peer-reviewing in New Zealand is based on self-evaluation by school leadership teams and peer-evaluators from the same school. “We reject an approach to teacher appraisal based on learning outcomes, since too many external factors influence these learning outcomes.”

The representatives from New Zealand believe that trust is the key in peer review and development of teachers, a position that found a lot of approval during the Summit. The question is however, how much trust is there in New Zealand itself?

At home in the much praised country a fierce debate rages over education plicies and the minister responsible for them. The position of Minister of Education Hekia Parata has been continuously under fire for months. The uproar started when she proposed to increase class sizes, which according to critics would mean that some intermediate schools would lose up to nine teachers.

The closure of in total 9 schools in Christchurch was met with staunch opposition as well and even led to speculations about Parata’s performance and abilities. Her political misfortune did not stop there. The introduction of a new payroll system and its subsequent problems led to the resignation of her ministerial colleague Education Secretary Lesley Longstone.

So there are interestingly enough two completely different images and they seem hard to match, the highly respected international example of good education and a country struggling nationally. Data seem to confirm this. OECD PISA studies from 2009 show a successful country. Only two OECD-countries, Korea and Finland – as well as Shanghai and Hong-Kong – performed better. However, recent studies are less encouraging.

Some of the most recent signals might even be called alarming, New Zealand’s 9-year-olds finished bottom among OECD countries in the 2011 Trends in International Mathematics and Science Study. In this study it came to light that half the students could not add 218 and 191. In a reaction, Minister Parata described the results as “extremely concerning”.

What might have caused this quick decline in quality? According to the New Zealand Herald, some critics claim that new teaching methods, which emphasize problem-solving strategies instead of traditional calculations, have confused teachers and children. An educational expert responsible for these changes claims the system can work well, but “that many teachers don’t have enough mathematic knowledge to use it properly”. That analysis might be quite a shock for the impressed attendees of the Teaching Summit. 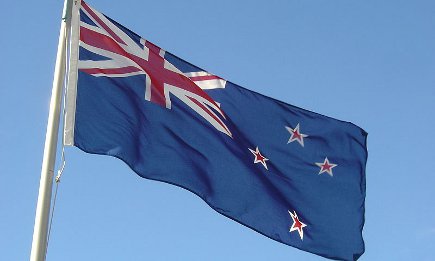 Next ISTP in New Zealand

The next Summit on the Teaching profession will be... New York’s newest institute will not solely focus on...