The cost of higher education in Great Britain has risen steeply since 2006. Whereas previously the average fee charged was something close to £3000, it is now over £8500. A study by the ‘Higher Education Policy Institute’ and ‘Which?’ investigated whether, as students paid more, they would receive a “better” academic experience.

The survey found that large differences exist between universities that teach the same programs. For instance, a student studying Mathematics could expect to receive anywhere between 13 hours of scheduled contact per week at one university compared to 22 hours at another. “A Social Studies student with eleven or fewer hours of contact each week, meanwhile, could find that anywhere between a tenth and half of that time is spent in small group teaching.” The researchers are surprised that “different universities can make very different demands of their students in the same subject”.

The workload of differed between studies and universities, ranging from more than 40 hours per week to less than 20. One aspect was rather similar between universities, students spend less time on their study than is presumed. The average workload found in the study was 30 hours per week, which is 25 percent less than the amount assumed by the British Quality Assurance Agency (QAA). The large differences in workload between universities raise questions about the comparability of standards in universities. The higher education think tank recommends further investigation to clarify this. “If it becomes known that it is “easier” to obtain a qualification in one university than another, then that will in due course damage the reputation of that university, but it will also have an impact on the reputation of the entire UK higher education system.”

Students were asked in the survey if they felt they were receiving value for money. Figure 11 shows that there is a clear relationship between the height of the tuition fee paid and the satisfaction of students. There is a difference of nearly a third between the satisfaction of students that paid less than £8000 and those that paid more. The higher the costs of a study “the higher the threshold for satisfaction”, the report concludes. The number of first year students that were dissatisfied has increased with 81 percent since 2006, from 19 percent to 29 percent.

“There is no sign that as students pay more they are receiving more for their money, and that is reflected in a sharp increase in the proportion of students who feel that they are not receiving good value for money.” Almost a third of all students would have chosen another study if they had known what they did now at their university.

Although universities might improve their information, no miracles can be expected that will increase the quality of British higher education programs. ”Although students pay more and might expect to receive more for their money, for the most part universities are no better off, as increased student fees are balanced by reduced government grant. Their ability to make better provision for students has not greatly increased.” 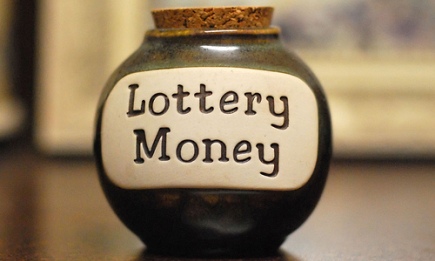 The faintest chance is enough