Member States will have two years to transform this decision on Open Access into national laws. “Once fully implemented, it will boost the data market in Europe by making all the generally accessible public sector information available for re-use. Developers, programmers, creative citizens and businesses will be able to get and re-use public sector data at zero or very low cost. They will also have access to more exciting and inspirational content since materials in national museums, libraries and archives now fall under the scope of the Directive” as the memo by the European Commission states.

Euro Commissioner for the Digital Agenda, Neelie Kroes wrote the following blog to commemorate this breakthrough:

“Today the European Parliament voted to formally agree new rules on open data – effectively making a reality of the proposal which I first put forward just over 18 months ago, and making it easier to open up huge amounts of public sector data.  This is about the data that public authorities can lawfully put out there – a huge wealth of information about your public services, how administrations are spending your tax euros, geographical or cultural information, and the like.

There’s a huge benefit to opening up. Once information is out there, there is so much you can do with it. Today many of you are familiar with apps that tell you where you are and where you need to go – based on public data from Global Positioning System (GPS) satellites. But it goes beyond that: the boost from easier access is of the order tens of billions of euros. In short, this is an amazing raw material for innovation; we’re basically sitting on a goldmine.

But to make a real difference you need a few things. You need prices for the data to be reasonable if not free – given that the marginal cost of your using the data is pretty low. You need to be able to not just use the data: but re-use it, without dealing with complex conditions. And you need a wide range of data from across the EU, with consistent rules to make it easier to handle (like being machine-readable, not some poor-quality scan). And that is exactly what we are delivering. All this can really make the difference: for example, when the Spanish land registry abolished charging in 2011, the number of companies downloading data went up 15-fold, from a few hundred to several thousand.

You’re probably already familiar with some of the apps that use open public data– whether it’s national governments, local authorities, or other public bodies. We are giving you new rights for how you can access their public data for re-use, but also extending rules to include museums and galleries. That could open up whole new areas of cultural content, with applications from education to tourism. Indeed, Europeana already has over 25 million cultural items digitized and available for all to see – with metadata under an open, CC0 license.

Today’s agreement from the European Parliament sets the legislation in stone – and by 2015 it should have full effect in every country of the EU. But there’s no reason why public authorities can’t start anticipating this change already, and adapt today to a more open culture. In the meantime we’ll be developing more guidance on how things like licensing and charging should work in practice. All in all, this is a good day for public transparency; a good day for web innovators; and a good day for our economy.”

When fully implemented, these new EU rules on Open Access will: 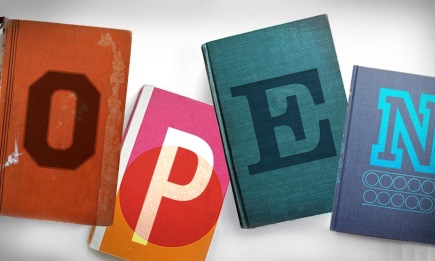 The dust has finally settled after the great MOOC...