A report commissioned by Oxford University’s Humanities Division found that numbers of Oxford graduates of English, History, Philosophy, Classics and Modern Languages employed in key economic growth sectors of finance, media, legal services and management rose substantially between 1960 and 1989. By the end of the period, 16-20% were employed in these sectors.

The report ‘Humanities Graduates and the British Economy: The Hidden Impact’ is believed to be the first report of its kind as it evaluates the contribution of the study of the humanities to the economy by looking at career paths and mid- and end-career destinations of graduates, rather than the three years immediately after graduation as used by the government’s Higher Education Statistics Agency (HESA).

The research has involved using the University of Oxford alumni database to examine the employment history of 11.000 Oxford humanities graduates who matriculated between 1960 and 1989 to give full career paths to track, and has also involved focused in-depth interviews with 50 alumni, thereby engaging quantitative and qualitative measures of humanities graduates’ impact on the British economy and society.

Professor Shearer West, head of humanities at the University of Oxford, said: “Although it is widely recognised that the humanities have intrinsic value as well as utility, the need to demonstrate the impact and value of the study of humanities to the economy and society has intensified during the recent economic crisis.”

“Our research project suggests that the long-established system of humanities-based higher education in Oxford has proven highly responsive to national economic needs. We have found that the substantial increase in humanities graduates employed in these growth fields often preceded the shift in government prioritising of these sectors.”

“Although this is a pilot project focusing on a single university and restricted to humanities graduates, it provides a methodology that we hope will lead to studies of other universities and disciplines.”

Professor West hopes this research will encourage schoolchildren who enjoy a humanities subject, and their parents and teachers, that studying the humanities is not an obstacle to employment.

She said: “There is sometimes a perception that even if a pupil is passionate about classics or history, they will limit their job prospects if they study such subjects at university. Our research shows that humanities students can go on to work in a wide range of sectors and contribute, whether that is as a journalist, a lawyer, an asset manager or a teacher.”

The skills recruiters look for

The study includes interviews with a sample of graduates who are now employers and demonstrates that the skills which recruiters look for in applicants are provided by studying humanities subjects.

“The interviews show that employers desperately want candidates with succinct and persuasive written and verbal communication skills and the capacity for critical analysis and synthesis”, said Professor West.

“Anyone who has written a critical analysis of Plato’s Republic in less than 1,000 words, or defended their interpretation of the French revolution under questioning from a top historian in a class or tutorial, will know that studying the humanities gives you an excellent grounding in all of these skills.” 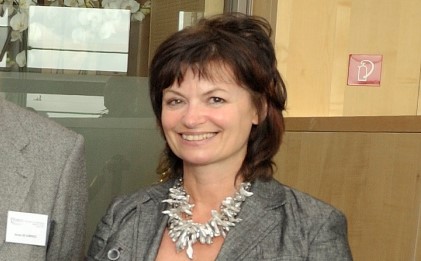