Time passes quickly when you’re representing students at the frontline of European higher education. “I can’t believe it has been four years, it often feels as just one day. A day that has been full of everything, ups and downs, lots of people and some frustrations.” Frustration is always around the corner when ambition enters the EU’s longwinded policy cycle. “You can’t really achieve what you expect at the beginning of your term. I think I might have been a bit unrealistic at the start, but I learned and the last year I finally had some realistic expectations.”

A tool for national unions

The less realistic expectations also focused on the internal structure of the European Student Union. “When I started, I wanted to change the organization internally. I wanted to bring more cultural understanding into ESU. I hoped that all the national unions would put their national agenda’s aside and come together to create a real vision on European higher education. However, when you see all the national agenda’s, and realized what the European level can offer in order to fulfill these agenda’s, I realized that I hadn’t been very realistic. When I started at ESU, I had a Euro-federalist point of view. Later, I realized that ESU should be more of a tool for national student unions in order to achieve their goals.”

Creating a common agenda for student unions from all these, still very different, countries is not easy. “We all realize that we are struggling for the same thing, but in a different context since national conditions are different. We know what we want to achieve and we know what tools we have. On the most visionary level I would love to achieve free education for all European citizens, but that is not very realistic. As an organization we more and more realize what the EU has to offer, how the regulations and guidelines work and where it can be steered. I see ESU developing in a way I really like, students are getting more involved with important issues like Quality Assurance.”

“It is hard but essential to find a good balance between creating a vision on European higher education and building a critical mass for change on one hand and all the technicalities on the other hand. Last year it became clear to me that education is also getting very political in many different aspects.”

This is shown in the free movement of students and the idea of a free European market. People that studied in countries with a good social support system will in time start to claim these benefits, but the system won’t allow them. “I understand that all the Member States have their own system, and every country tries to protect its status-quo and limit itself from the invaders. On the other hand, if we want to create more Europe it becomes a bit more complicated.”

Ufert sees that progress has been made in creating a European vision on higher education. “Often, I try to see what the Bologna process brought to European higher education. Most of the national education systems have been here there for decades or even centuries all with their own characteristics, but in the last decades these systems appear to have shifted towards a more purpose-oriented paradigm.”

Bildung for the masses

“The biggest challenge we face is how to stop the narrowing down of this outcome-oriented system. We need to try to balance Bildung with the massification of higher education. We want to get everybody into higher education, but how could we translate the idea of Bildung for the masses?”

“Currently, there is a big emphasis on employability. It is a trap in which higher education institutes stepped, maybe without completely realizing what they were getting into. Universities, teacher movements and student unions should do much more to articulate the broader, social impact of higher education. In the OECD’s Education at a Glance, it was shown that people with a degree in higher education smoked less and suffered less from obesity.”

“It might even be more effective to invest in higher education when you want to stop smoking than investing money in anti-smoking campaigns. Universities don’t put this kind of arguments on the table very often. It could also be that these arguments are killed in the public debate when higher education institutes plead for a broader debate on education. In the end, politicians are not very interested in this broader impact, they ask higher education institutes only two questions: ‘how many graduates did you produce and how is their employability?’”

Ufert believes that a broader debate is needed to do justice to the impact of higher education on people and communities. “To get a clear idea of what a higher education institution brings into the community every impact should be included, ranging from crime rates to health and from the number of newly-created jobs to the happiness of the citizens.”

“Higher education institutes can bring large benefits to deprived communities. The university might for example develop into a cultural center in which art of movies are shown and cultural events are organized. This will attract other people into the university and they will see that the university isn’t an ivory tower, that they can be a part of it. In Ireland and the UK this positive impact of education is broadly understood.” 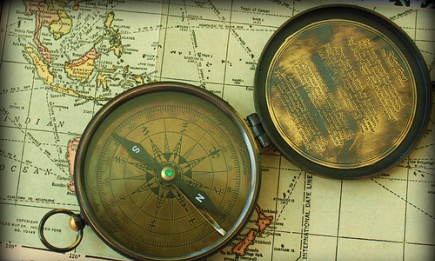 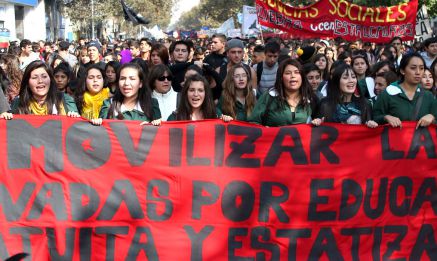