What is the relation between ethno-racial diversity in school and civic attitudes in later life? Not only did Jan Germen Janmaat (Institute of Education of the University of London) look at the effect of diversity on ethnic tolerance, he also looked at the attitude towards intended political participation.

Janmaat explored this relation in England, Sweden and Germany using data from the IEA Civic Education Study among 14-year olds. Controlling for various conditions at the individual and classroom level, he found a positive effect of classroom diversity on ethnic tolerance in Sweden and Germany, which is in agreement with the contact perspective on inter-ethnic relations.

England the odd one out

However, his study did not find an effect on tolerance in England. “The effect of diversity thus varies substantially across the two outcomes of interest and the three countries examined. It is therefore tentatively concluded that country-specific factors shape this effect to a significant degree.”

“Exploring the relation between classroom diversity and civic attitudes in England, Germany and Sweden is interesting because each of these countries can be said to represent a distinct cultural and political tradition. With regard to issues of national identity and ethnic minority cultures, England has often been associated with a civic sense of nationhood and multicultural policies recognizing and fostering ethnic minority cultures.”

“By contrast, ethno-cultural conceptions of nationhood and exclusionist policies towards ethnic minorities are said to be typical of Germany. Sweden, lastly, is associated with inclusive policies ensuring a high degree of civic equality for immigrant groups.”

“In terms of socio-economic policies, England exemplifies the typical liberal laissez faire model with minimal state involvement in the economy, Sweden the egalitarian, social-democratic model with high state involvement and Germany the conservative-catholic welfare regime aimed at the retention of traditional family relations and status differences in the labor market.”

Germany not an immigration society

“With regard to the reception of immigrants by the receiving society, Germany clearly set itself apart from the other two countries until quite recently. Until well into the 1990s Germany refused to consider itself as an immigration society committed to the integration of immigrants and their offspring. The immigration from the late 1960s was seen as a temporary phenomenon and it was expected that the immigrants concerned (Gastarbeiter) would eventually return to their countries of origin.”

“This attitude was reflected in policy: immigrants and their children born in Germany were barred from adopting German citizenship and the native language education provided for immigrant children was designed to facilitate their eventual return to and re-integration in their countries of origin. This posture changed dramatically however following the assumption of power by the Red-Green coalition government in 1999. Naturalization policy was brought in line with that of other West-European states and immigrants and their offspring were finally accepted as full members of German society.”

“By contrast, Britain and Sweden have from the onset been more accepting of immigrants and have consequently sought to promote their integration and participation in the receiving society from early on. This historical difference is important as the survey data used for this study was collected in 1999, i.e. before the reforms of the new government in Germany took effect. Consequently, at that time ethnic minorities in Germany may have still felt excluded by the receiving society.”

The moment of selection

“A final remarkable difference concerns the education system. Sweden’s full comprehensive system, characterized by mixed ability classes from primary all the way up to and including upper secondary education, contrasts markedly with Germany’s early selection system which assigns children to different tracks (high status academic and low status pre-vocational) on the basis of ability from as early as the age of ten.”

“England falls somewhere in between these extremes with a formally comprehensive system that has nonetheless retained some selective schools and that permits grouping by ability practices inside schools. These large system differences between the three countries have important consequences for degrees of ethnic segregation.”

Possible reasons for the difference

“A possible explanation for the different results of the white British students compared to the ethnic German and Swedish students is the longer history of immigration in Britain. It could well be that this longer history has made white British youth, also those in mono-ethnic schools, become more accustomed to ethnic minorities than their counterparts in Sweden and Germany.”

The findings lead Jan Germen Janmaat to formulate two broad conclusions. First, he states that advocates of desegregation will be pleased to hear that on balance Janmaat found more support for the ‘contact’ than for the ‘conflict perspective’. “Ethnic majority students in Germany and Sweden turned out to have significantly more tolerant views on immigrants the more diverse their classrooms were, controlling for all relevant individual and classroom conditions.”

“This is broadly in line with American research showing that desegregation helps to combat racial prejudice among whites. However, classroom diversity was not found to be related to ethnic tolerance in England. Clearly, despite the micro-environment of the classroom meeting all the conditions that contact theory assumes crucial for diversity to enhance tolerance, this positive effect need not occur in all national contexts. From this point of view the degree of support for the contact perspective is perhaps disappointing.”

This brings the researcher to the second overall conclusion: “the effect of diversity differs markedly not only across countries but also across civic outcomes. In other words, any relationship found between diversity and some civic outcome in – say – America need not apply in other western states, nor can it be assumed that diversity is related in the same way across different civic outcomes within one country.” 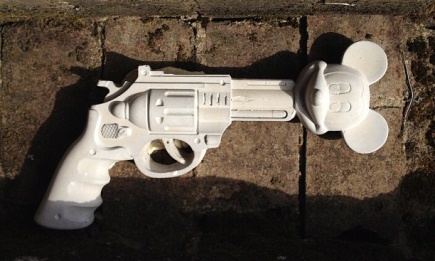 War in the classroom