The global shift towards making research findings available free of charge for readers – so-called ‘open access’ – is going much faster than predicted before. Around 50% of scientific papers published in 2011 now available for free. This is about twice the level estimated in previous studies.

The report concludes: “Eight of the EU28 (30%) have reached the ’tipping point’, where a majority (more than 50%) of papers published during the 2008–2011 period were made available for free, namely (by decreasing percentage of OA): the Netherlands, Portugal, Lithuania, Estonia, Denmark, Malta, Ireland, and Belgium.”

By making research results more accessible, open access can contribute to better and more efficient science, and to innovation in the public and private sectors. Máire Geoghegan-Quinn, European Commissioner for Research, Innovation and Science, said: “These findings underline that open access is here to stay. Putting research results in the public sphere makes science better and strengthens our knowledge-based economy.”

The study looked at the availability of scholarly publications in 22 fields of knowledge in the European Research Area, Brazil, Canada, Japan, and the United States. In several countries and disciplines more than 50% of papers are now available for free. Free availability of the majority of articles has been reached in the fields of general science and technology, biomedical research, biology and mathematics and statistics. The fields where open access availability is most limited are the social sciences and humanities and applied sciences, engineering and technology.

The European Commission itself considers open access mandatory for all scientific publications produced with funding from Horizon 2020, the EU’s Research & Innovation funding programme for 2014-2020. Commissioner Geoghegan-Quinn urges member states to do the same.

Commissioner Geoghegan-Quinn: “The European taxpayer should not have to pay twice for publicly funded research. That is why we have made open access to publications the default setting for Horizon 2020, the next EU research and innovation funding programme.”

Science-metrix, the research institute that carried out the study foresees revolutionary changes in the publishing industry:  “This means that aggressive OA publishers are likely to gain much in the redesigned landscape, whereas those attached to the old ways are more likely to suffer and to lose market share.” Is the end of Spanish R&D near?

Spanish research is in a state of “cumulative deterioration”... 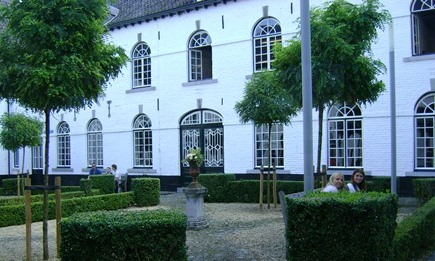