“I would distinguish between results on an individual level and on a general level”, the ERC President explains. “Most striking is that two recent Nobel Prize winners won their prizes after they had first received an ERC grant. Konstantin Novoselov won the Nobel Prize for groundbreaking experiments regarding the two-dimensional material graphene. And he was an ERC Starting Grantee of the very first ERC call. In that call we had 9,000 applicants, much more than we would have expected, so he could have easily been overlooked. Imagine that!”

Another case is that of Physicist Serge Haroche, Nobel Laureate in 2012 for innovative methods that enable measuring and manipulations of the particle of light. Nowotny: “Again he won the Nobel prize only after he had received an ERC grant. In his speech to the media he underlined how important it was to have been funded by the European Research Council.”

The ERC is the first pan-European funding body for frontier research, it was set up in 2007 under the EU’s Seventh Framework Programme for Research. The ERC selects its grantees solely on the basis of excellence, which account for the popularity of the organisation. Since 2007 nearly 4,000 projects have been selected from over 43,000 applications. Among the ERC grant holders are so far seven Nobel Laureates and three Fields Medalists.

Looking at the ERC as an organisation, it strikes Prof. Nowotny that the council won the trust of the scientific community in such a very short time. “We had to be able to find the best research projects and therefore the evaluation process was indispensable: I remember making phone calls to scientists, asking them to come and sit on panels. They said ‘we don’t want to have anything to do with Brussels’ and I answered ‘but this time it’s different, it’s not about consortia, it’s bottom-up’. So we got very good review committees.”

Helga Nowotny’s own research tackled the relation between science and society. As ERC President she might have gotten a new take on her scientific subject. “I have noticed it is in particular key to explain the importance of scientific research to policy makers. Society is much more open to the benefits of frontier science – the usefulness of so called useless knowledge – than policy makers often are.”

“Recent advances in the field of cancer research; the general public is interested. If there’s a new skull of a humanoid found in Georgia; the public loves to hear about their prehistoric ancestors”, Prof. Nowotny explains. Policy makers want to measure the possible impact of science. But a policy that is based solely on benchmarks and indicators may have detrimental effects on curiosity-driven frontier research in the opinion of the ERC President.

On the budget developments for the coming years Prof. Nowotny isn’t too negative. “Last year it seemed that the EU Research and Development budget was going to be squeezed between the agricultural budget and the structural funds.” However in last February’s budget deal there was general agreement on the importance of the R&D funding. “I’m confident that the Ministers of Finance will follow through with this commitment.” 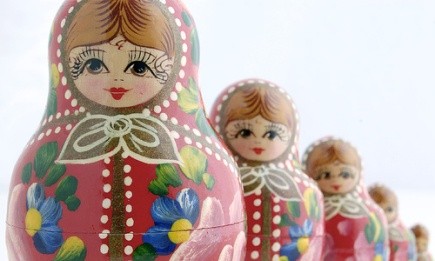 The Russian Ministry of Education will monitor the effectiveness...