Bourguignon has been selected to take up the role from January 2014, several sources say. A former chairman of the ERC’s peer-review panel for young mathematicians, Bourguignon has been the director of France’s Institute for Advanced Scientific Studies in Bures-sur-Yvette near Paris since 1994.

The nomination of Bourguignon has been made following the efforts of a seven-member search committee, set up by the Commission to select Helga Nowotny’s successor. His appointment still has to be announced officially by the European Commission, a process that could be delayed as a result of the on-going Horizon 2020 negotiations.

66-year-old Bourguignon holds an engineering degree from the École Polytechnique near Paris. In 1977, he gained a PhD in maths at the University of Paris VII and began studying the mathematical aspects of physical theories and geometry.

In the same year as his PhD, Bourguignon was awarded a bronze medal from the French National Centre of Scientific Research (CNRS). He is now a research director at the centre, as well as a member of its Ethics Committee of Sciences. He also chairs the Committee of European Mathematical Research Council, where he is in charge of applications from young researchers.

Further accolades for Bourguignon include the Prix Paul Langevin, awarded to him by the Academy of Sciences of Paris in 1987, and honorary degrees from Keio University in Japan and Nankai University in China. He has previously been president of the Mathematical Society of France, from 1990-92, and president of the European Mathematical Society, from 1995-98.

He is a member of a number of other academies and societies, including Academia Europaea, and is a foreign member of the Royal Spanish Academy of Sciences.

Bourguignon will take the helm of the ERC at the start of the next EU Framework programme, Horizon 2020, under which the council is set to receive a significant budget boost. Over the seven-year Horizon 2020 programme, the ERC will receive 17 per cent of the total budget—which equates to €13 billion in constant prices. Under Framework 7, the ERC received €7.5bn. 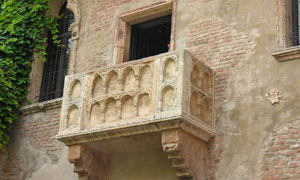