Are there any surgical skills that come in handy for an Education and Science Minister?

“As a surgeon you have to communicate with your patients who are sometimes angry, nervous or stressed. You should show them that you have feeling for them, tell them what to expect, make thorough analyses before operating. Not: CT scan, jump, cut, mama mia! My communicative skills turn out very useful here in Brussels.”

Minister Dainius Pavalkis was one of the keynote speakers at the 2013 Innovation Summit (organized by the Lisbon Council) next to the Council president Herman van Rompuy. “It was good to recognize some of the points we defined in the Competitiveness Council in Van Rompuy’s speech”, Mr. Pavalkis said.

You are planning to give the MOOC-debate a big boost by opening up the possibility to validate online courses through ‘informal qualification’.

“Yes, I would like to introduce that idea in the next Education Council. We will arrange a policy debate on that topic, trying to make a first step. Validating MOOCs is very convenient for employers that see young people lacking the accurate skills. The idea to recognize a MOOC as an informal skill was first presented at the Vilnius summit on higher education, last September.”

In the European Parliament this rather innovative idea was not received enthusiastically by all. “Some MEPs in the Parliament’s education committee didn’t even know what a MOOC was, that made the discussion a little surreal”, Minister Pavalkis said ironically.

Minister Pavalkis even went so far as to make an inventory of all bachelor’s programmes in Lithuania, asking the universities which percentage of them could be replaced by MOOCs in the next ten years. “For social sciences that might be 85%-90%, in medicine maybe 20% because you cannot do without practicum.”

On the 25th of November it will become clear if the Council of Education Ministers will join Lithuania in its progressive standpoint on MOOCs. “Of course the topic borders on issues of legislation, quality assurance and pricing”, Minister Pavalkis said. “But my aim is to engage all the European ministers regarding MOOCs”,

Another highlight of your presidency will be the Eastern Partnership Summit, what is to be gained from that?

“The Eastern Partnership with Ukraine, Georgia, Armenia, Azerbaijan, Moldova and Belarus is a political matter for Europe. Having friendly people  at the border is always than having angry people at the border. Secondly it opens up markets, thirdly on the point of education, an influx of ideas is necessary for Europe to remain competitive. We need new Mendeleevs.”

Minister Pavalkis continued: “Furthermore it is a good opportunity for those countries to adapt to European standards for research and education. Another thing is that Lithuania provides education in the Russian language; that makes our country attractive to Russian speaking students.”

Not only does Lithuania attract students from the Eastern neighbours, they also flock in from Spain, Sweden, Germany, Israel, Pakistan. Why? “Next to the quality of our education, the beer is cheaper and the girls are nicer”, Minister Pavalkis says with a wink.

Your counterpart in Estonia, Minister Jaak Aaviksoo, has been revolutionizing schools with technology: do the Baltic states cooperate in this regard?

“We have optical internet connections in 85% of our school now and in all higher education institutions. Personally I am pushing students not to opt for social sciences, but to opt for informatics instead. In the graduation exam however, 7 out of 17 informatics students failed, showing that ICT is really something different than posting something on Facebook.”

“As regards cooperation: yes we regularly have trilateral meetings, for instance to coordinate research projects, is order to allocate research funding cleverly.”

Recently Research Universities strongly criticized European Council for braking open the long term budget agreement and cutting the research budget with €426 million. You chair both the Competitiveness Council and the Education Council: why this cutback?

“This is really a decision taken on the level of the European Council, by the Heads of State and Prime Ministers.”

Another thing: you mentioned the newly invented ‘innovation indicator’ was not received all that enthusiastic by some countries. Why?

You are originally professor in medicine, what is your field?

“I work in the field of colorectal cancer. I published 280 articles in medical journals and books.”

How did you go from being a surgeon to being a Minister of Education and Science?

“Well on Monday I was operating a colorectal cancer, on Tuesday they asked me to have a talk with my party, the Labour Party; and on Wednesday I was sworn in as Minister!” 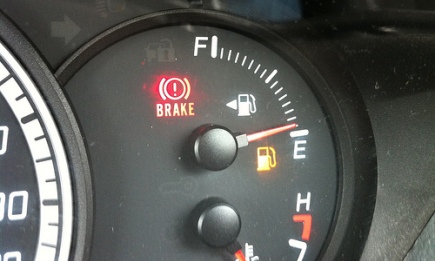