“This whole area of e-science will not go away. It’s so fundamental it will eventually invade every other discipline,” Peter Coveney says as he sits down after his keynote speech in Amsterdam. Coveney is doing research in computational science, from physics and chemistry to biomedicine. All his work involves the use distributed, high performance computing which, according to the Netherlands eScience Center, makes him a perfect example of a researcher exploiting the possibilities of eScience.

At the symposium, Prof Coveney argued strongly for a more structured and consistent policy toward big data, e-infrastructure and high performance computing. According to Coveney, in “UK recent investments have been substantial but with short lead times and aimed almost exclusively at the hardware. “It’s all capital and we have to spend it rather quickly.”

According to Coveney, the users of the high performance computing and e-infrastructure should be in the ‘driver’s seat’ if you want to do innovative science. “The resource providers’ notion that one size fits all is no longer valid. There is no blueprint, just lots of data, computing resources and the imagination of the users.”

Coveney gives the example of computational biomedicine in which e-science research should lead to imaging, diagnosis and eventually clinical treatments. “The type of computations you need for that. It’s like weather forecasting, the data will be valuable if provided in a timely fashion.” To achieve that, there have to be more investments in “hardware, software ánd people.”

Users in the driver’s seat

For these structural investments a change in funding is needed, Coveney argues. “We have to put users in the driver’s seat. Within the EU Horizon 2020 programme, there will be calls for high performance computing capabilities that are defined by user communities. They will define what they need in terms of software, hardware and scientists. The whole e-infrastructure. Hitherto the funding agency has been funding the resource providers who then offer their resources to users.”

That tends to mean that money is spent heavily hardware, while there is arguably more need to train people skilled in working with this e-infrastructure. Coveney illustrates his point by an example in Great- Britain. “We had an eScience programme started in 2002. For five years there was an eScience Institute but it lacked proper fundig. What this area needs is sustained funding. People need tob e skilled in dealing with the digital developments.”

Referring to the forthcoming Horizon 2020 programme, which follows  on from Framework Programme 7, he says. “This could be an interesting time for the eScience community. To exploit such opportunities, one cannot easily get away with training expertise in one domain alone. One needs to be able to engage in multidisicplinary research.” Coveney himself works at the UCL Centre for Computational Science where the catchphrase is “advancing science through computers.”

Many scientists may not be as familiar with the capabilities of modern information technology, but according to Coveney this is the future for science. He therefore pleads for a fundamental shift in education on this point. “We do not educate our kids in this field. No one is giving them the right form of training. Maybe we should force maths, which is mandatory for all, to involve more of this stuff.”

“They do teach computer science in schools as a subject, but the approach rather discourages the brightest people to follow it. If you want it to become part of fundamental education you have to change that.” Science behind the US elections

They mobilized 20% of the votes on Obama and... 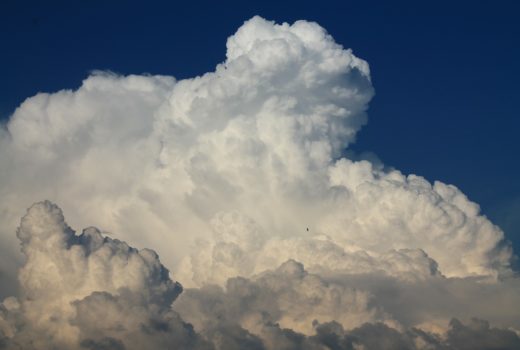