“As European economies worry about their economic recovery and future prospects in a rapidly changing world economy, their attention naturally turns to universities, sources of two most valuable assets for economies: educated, skilled people, and new ideas,” researchers from the European Network on Economics of Education wrote in their report: The contribution of universities to innovation, (regional) growth and employment, in which they investigated how higher education institutes influence society by transferring know-how.

Stanford as an example

The researchers emphasize that the role of universities is not only creating ideas but also transferring them towards commercial uses. Publicly funded research, which mostly takes place at universities and private investment on R&D and corporate innovation complement each other. Stanford’s role in Silicon Valley is the prime example in this case, but also around Boston, Cambridge or Eindhoven a successful knowledge transfer system is erected.

“These success stories have helped to promote what has now become a standard view of the entrepreneurial university and its economic role, centering on technology transfer, more particularly (licensing) patents and faculty spin-offs,” the researchers write.

“However, literature also emphasizes the large time lags required, the importance of the innovative system’s position relative to the technological frontier, the restriction of these positive effects to specific subsets of technological fields and the importance of geographic proximity. The link between science and industry is therefore neither direct nor obvious.”

There is a variety of barriers that prevent the transfer of knowledge from science to technology. Inadequate intellectual property right regimes make it hard and the lack or deficiency of dedicated organizational structures for technology transfer are among the most important.

What are then the channels through which university research may contribute to innovation? “Best-known success stories of licensing of universities patenting and spin-offs, while important, tend to divert attention away from perhaps the most important channel: the mobility of university trained students and researchers.”

The researchers state that there is strong evidence that knowledge spillovers are geographically localized. “Literature that evaluates the role of science parks and incubators and the role of universities in the formation of technology clusters is still in its infancy and weak in testing for causation. But also the first teaching mission of universities may lead to strong regional effects, as some in-moving students stay in the area after graduation.”

“In addition, there are other pathways for universities to contribute to regional development: enabling industrial change, the integration of previously separate areas of technological activity, attracting new knowledge or financial resources from elsewhere.”

The researchers have a clear message to universities. “The one-size-fits-all approach to economic development through spin-offs and licensing which so many universities have been pursuing needs to be opened for multiple pathways.” 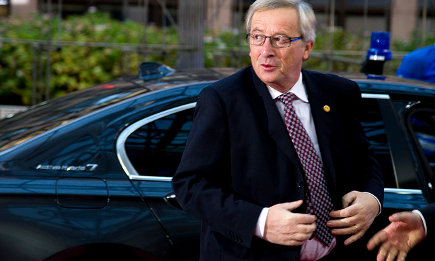 Boost from EU for knowledge