Here’s a quick update: “We’re very happy,” says Andrea (tech-chef van de missie). “The exit from hibernation and wake up went about as close to nominal as we could have wished.”

-After yesterday’s spectacular receipt of first signal at 19:18 CET, ending 31 months of hibernation, the team have re-established full control over Rosetta.

-All basic parameters have been checked out, and it looks like Rosetta came through hibernation fine. For example, the propellant tank temperatures are running now at 7-9 deg C, slightly colder than the 10-15 deg C expected but well within predictions.

-Power levels (i.e. electricity available from the huge solar panels) are fine and substantially similar to the levels prior to hibernation.

-The solar arrays appear not to have suffered very much degradation if any during 31 months.

-Team working today to start configuring the solid-state mass memory for use.

-Next big step will be warming up the reaction wheels and then spinning them up for verification; this will take several days.

-Acquisition of signal (AOS) yesterday came 18 minutes later than hoped for, but also well within expectations. The slight AOS delay was due to the on-board computer automatically rebooting itself at the beginning of the hibernation exit sequence; the team are looking into this (but Andrea [tech-chef van de missie] stresses this is not problematic).

-The team has switched the spacecraft’s transmitter to X-band; this means we can now get a decent download rate of about 9 kbps.

-Tracking has been provided via NASA’s Canberra and ESA’s New Norcia stations; NASA Goldstone was on call for backup; from now DSN stations will swap roles (Canberra will be on call for back-up). 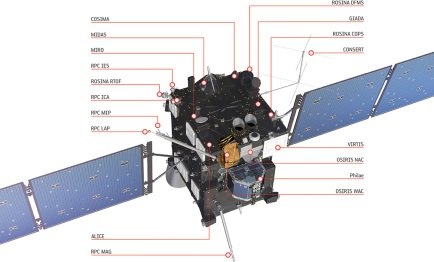 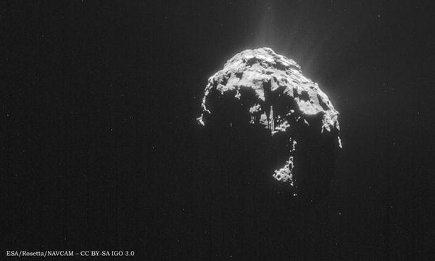 Two comets for the price of one! Rosetta and...