Belarus is the only country, among the 47 that want to streamline their education through the Bologna Process, that has been banned. In 2012, the ban has been put in place for another three years, in 2015 Belarus’ situation will be reconsidered. Belarus is not the only country that experienced difficulties when trying to join the process, Israel, Kosovo and Kyrgyzstan were all turned down in 2007 because they had not ratified the European Cultural Convention

“I am convinced that Belarus will join the Bologna Process in 2015. The country has been getting ready for it for a long time. No doubt, our students are looking forward to it. In order to join the Bologna Process, our universities have to comply with certain requirements, like teaching courses in English. We have plans to introduce new interdisciplinary courses in English,” Mikhail Zhuravkov, First Prorector of the Belarusian State University said.

In order to join the European Higher Education Area, a country must be party to the European Cultural Convention and make a commitment to implement the area’s main objectives and policies. As well as harmonizing degree structures and promoting quality assurance, these include social goals concerning academic independence and student rights.

In the Belarusian media a very different reason for ban can be found. On the Belarus Telegraph Agency the following ‘European’ reaction can be found: “We feel an obligation to help Belarus to join the Bologna Process. So far, one of the biggest obstacles is incompatibility of Belarusian and European grades. It would be regrettable if the student mobility program got stalled in Belarus, because students coming from Belarus are well-trained and are very smart academically,” Licia Proserpio, Coordinator of WEBB Project from the International Relations Division of the University of Bologna stated. 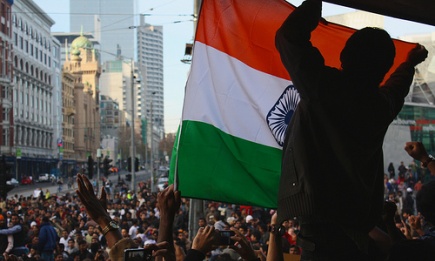 While European universities have been busy implementing the Bachelor/Master...