The enormous worldwide interest in the PISA 2012 results, which were released last December, showed that PISA is now widely accepted as the best measure of student performance we have – and one of the best sources of data that can be used to inform policy decisions about how to improve education systems. Sixty-five countries and economies participated in PISA 2012, but that leaves well over 100 others that either chose not to or believe that participation is out of their reach. We hope that that’s going to change soon.

We’ve just returned from Ecuador where the government agreed – with a sense of pride that was palpable – to participate in our pilot PISA for Development initiative. Eight Latin American countries participated in the latest round of PISA 2012 and we’re keen to add to that number. We’ve briefly mentioned the PISA for Development project in earlier blogs, but now that countries are signing on, we want to describe in more detail what it is and what it means, both for the OECD and for the countries involved.

The OECD has already done a lot of work on development issues (among other things, we helped to define the United Nations Millennium Development Goals, for example). We have often been asked to conduct reviews of education systems in developing countries and emerging economies; but because we haven’t always had a good evidence base for these countries, we didn’t feel we could provide the kind of analysis they were looking for.

In many of these countries, the main obstacle to conducting such reviews is the absence of good data. There is hardly any information at all on education outcomes, including results of student assessments or the level of quality and equity of the education provided. While some assessments and evaluations of education are conducted at the regional level in many areas, including Latin America and sub-Saharan Africa, and we have been working with – and learning from – the organisers of these assessments as we shape PISA for Development, they cannot offer the kind of global benchmarking that PISA can.

The data PISA elicits is not just used to develop “league tables” comparing countries’ performance; it can – and should – be used as a public policy tool: governments can release the information to inform a public debate on how to improve the quality of their education systems.

A lot of what we will be doing in PISA for Development is building capacity in participating countries for managing large-scale student assessments. For the countries participating, our aim is to bring the level of capacity up to the minimum level needed to implement PISA.  In fact, many developing countries that have already participated in PISA have said that one of the biggest benefits has been the attendant capacity-building that is part of PISA.

The PISA for Development project fits in nicely with work on the post-2015 agenda, the successor framework to the Millennium Development Goals, which are likely to focus on ensuring access to education plus improving the quality of education, particularly the quality and equity of learning outcomes. How is the developing world going to measure quality in education? Well, the OECD and the over 70 countries that have participated in PISA since the first round in 2000 would respond that we already have a proven instrument: PISA. What we need to do now is to modify the assessment so that it can be used by a far larger set of countries that have a wider spectrum of student performance.

We’ll tell you how we’re adapting the PISA instruments, methods and analyses for PISA for Development – and targeting countries in sub-Saharan Africa, too, none of which has ever participated in PISA – in a subsequent blog.

This blog is written by Barbara Ischinger, Director, OECD Directorate for Education and Skills and Alejandro Gomez Palma, Analyst, PISA for Development, and has previously been published at the OECD’s EducationToday website 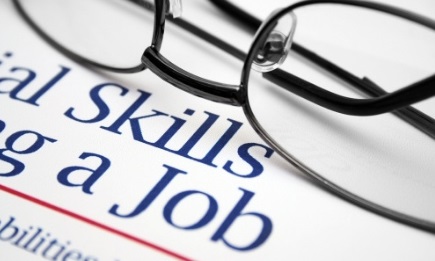 Skills students learn “will have a tremendous impact, not...