Mankind was once drawn into unknown lands and across vast oceans. Now is the time to set our sights on the heavens, to discover, explore and seek answers to the many questions we have about our solar system. The innovations needed to one day set foot on Mars are the challenges that today’s students, the future generation of aerospace engineers, will solve. Around the turn of the century we set our sights on two of the most exciting targets in our solar system: Jupiter’s icy moons and our neighbor planet Mars.

In 1996 the first rover landed and several years later the rovers Spirit, Opportunity and Curiosity also set foot on the red planet. Mankind has always been driven to discover new worlds and explore the unknown whilst pushing the boundaries of modern day scientific and technological limits as far as possible.

The VSV ‘Leonardo da Vinci’ Planetary Exploration Symposium aims to look at the preparations and plans for the first manned space flight to Mars as well as exciting scientific missions to Jupiter. The issues we plan to address are, among other things: the fascinating Jupiter icy moons, including Europa, Io and Ganymede; how can a crew survive a 250+ day voyage to Mars; and what do we know about Mars along with future robotic and manned exploration plans.

Space exploration is one of the Faculty of Aerospace Engineering’s main goals for the future and ourcontributions to these missions are growing. Furthermore delivering value to the public is essential inmaintaining a sustainable and lasting human presence in space exploration endeavors. Robotic and manned exploration of Mars and Jupiter will bring the world together by sharing the excitement that was once achieved by the Apollo program. It is in our nature to explore the unknown, to question the known and to expanding our human presence across the next frontier.

Speakers include ESA astronaut André Kuipers, Chairman of the Executive Board at the German Aerospace Center (DLR) and Chair of the ESA Council Johann-Dietrich Wörner and Richard Cook, Deputy Program Director Curiosity of the NASA Jet Propulsion Laboratory. The day will be led professor Heinz Stoewer, former managing director of the German Space Agency (DARA).

For more information and registration for the Symposium please click here

InSight will not fly to Mars yet, NASA annoumces.... 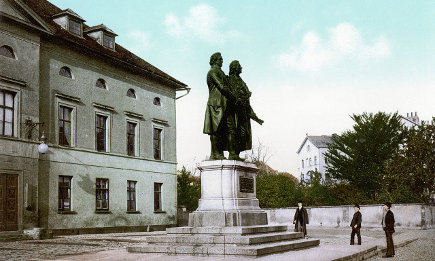