This graphic made by the Oxford Internet Institute visualizes the locations of academic journals listed in Thompson Reuters’ Web of Knowledge: the most important and influential collection of academic content. This map uses data from the Web of Knowledge Journal Citation Reports (JCR) from 2009, allowing the authors to measure the locations and impact factors of journals. The JCR Science Edition contains references from over 7,300 journals in science and technology. The JCR Social Sciences edition contains references from over 2,200 journals in the social sciences. A reference for each of the 9,500 journals in the sciences and social sciences was downloaded to extract the journal’s location.

A cartogram is used in which each country is represented by a box that is sized according to the number of journals published from within it. The shading of each country indicates the average impact factor (a measure of how often articles within a journal are cited) of journals within that country.

Switzerland 3 times the size of Africa

This map reveals a staggering amount of inequality in the geography of the production of academic knowledge. The United States and the United Kingdom publish more indexed journals than the rest of the world combined. Western Europe, in particular Germany and the Netherlands, also scores relatively well. Most of the rest of the world then scarcely shows up in these rankings.

One of the starkest contrasts is that Switzerland is represented at more than three times the size of the entire continent of Africa. The non-Western world is not only under-represented in these rankings, but also ranks poorly on average citation score measures.

Despite the large number and diversity of journals in the United States and United Kingdom, those countries manage to maintain higher average impact scores than almost all other countries. When the EU is considered as a whole, it beats the US in the size number of journals, with the UK as the main contributer. When the UK is left out, the size of American research is around 30 percent larger than its European peer. The American impact factor is also higher than in Europe.

The authors state that it is important to note that the 9,500 journals included in this map are taken from the Web of Knowledge Journal Citation Reports (JCR) and do not represent the entirety of all published journals. However, given the influence of the JCR, and its claims to provide a “systematic, objective means to critically evaluate the world’s leading journals,” it remains crucial to understand the geography of academic knowledge. 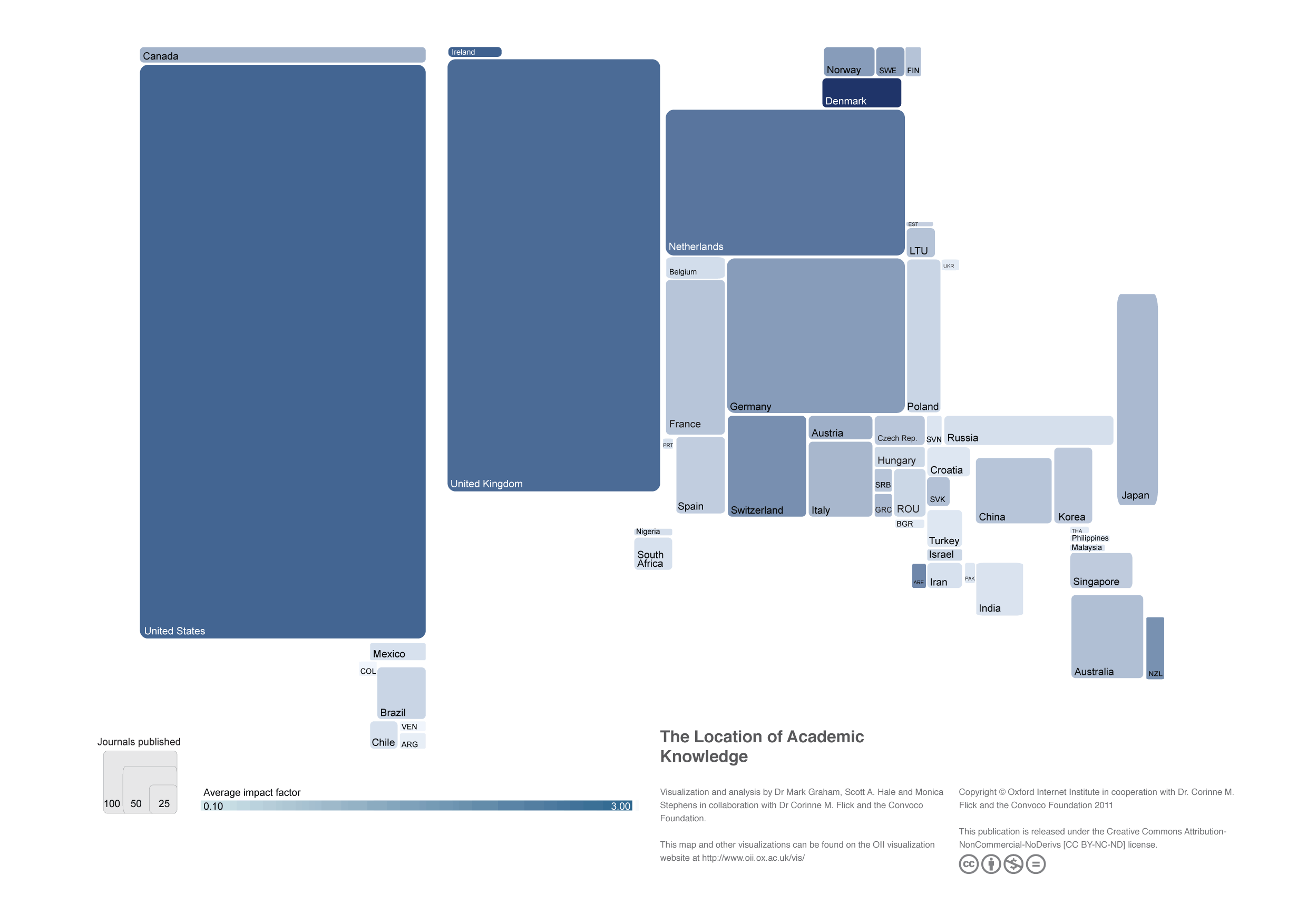 Visualization and analysis by Dr Mark Graham, Scott A. Hale and Monica Stephens in collaboration with Dr Corinne M. Flick and the Convoco Foundation.

This map is taken from the following publication: “Graham, M., Hale, S. A. and Stephens, M. (2011) Geographies of the World’s Knowledge. London, Convoco! Edition.” 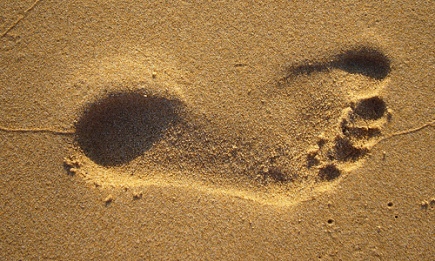 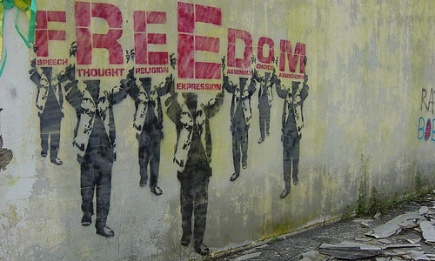 What is academic freedom? The higher education leader, Canada,...