In view of the three-week conciliation period on the EU 2015 budget, starting on 28th October, the League of European Research Universities (LERU) expresses the importance of all countries paying their current shortages, which are seriously detrimental for research & innovation programmes and actions.

As recently expressed by Commissioner Máire Geoghegan-Quinn, “a “sword of Damocles” is hanging over Horizon 2020 in the Budget 2015”. Cutting by 10% the European Commission (EC)´s Draft 2015 Budget for research payment appropriations –as proposed by the EU Council- would represent a €1 billion budget decrease for the Research Budget.

This could lead to the failure of various Directorates-General to meet their contractual obligations, with an estimation of around 600 collaborative projects under Horizon 2020 being affected. LERU strongly supports the European Parliament (EP) in reversing the cuts made by the EU Council in the 2015 Budget and in adding to the EC´s proposal  €190.5 million for SMEs, research programmes and education.

Despite the urgency of reversing the cuts in Research on the Draft Budget 2015, this would prove woefully insufficient if not accompanied by an action on the current payment shortages. Over 40% of Horizon 2020 commitments may remain outstanding in 2020, without proper payment coverage.

No longer ‘business as usual’

LERU supports the EC and the EP in urgently calling for an increase in payment appropriations through Draft Amending Budget 3/2014 in order to avoid payment delays. As expressed by Commissioner Dominik, “”business as usual” is no longer an option”. Beneficiaries of EU funding cannot face payment delays because of the unavailability of funding for settling invoices.

LERU Secretary-General, Prof. Kurt Deketelaere, says: “EU Research is at stake. EU Member States should stick to their commitments by providing the appropriate funding. During the forthcoming conciliation period, LERU calls on the EU institutions to reverse the budget cuts in Research for 2015 as proposed by the EU Council, to adopt the additional funding proposed by the EP and to put an end to the recurrent lack of payment appropriations.”

European organisations are calling for the restoration of €2.2... 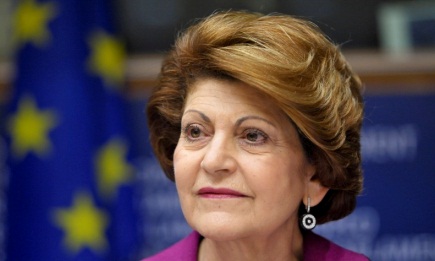 Initiatives like ‘Teach First’ deserve financial support from the...