To See the Future of Science We Need to Look Beyond the ‘2.0 Paradigm’

“The vernacular of ‘Science 2.0’ has become increasingly utilised in the debate about the future of science. Many media articles and conferences focus on this topic, and the European Commission has recently held a public consultation to better understand the impact of 2.0 and desirability of policy action to enable it.

While the attention that this debate has brought to science is welcome, to truly illuminate the future of the discipline we need to look beyond the 2.0 paradigm. A central problem with the debate over 2.0 is that there is no universally agreed definition of what it actually is. For the purposes of this article, I will employ the description used by the European Commission. That is, it represents the “ongoing evolution in the modus operandi of doing research and organising science”.

This can be broken down, according to the Commission into discrete strands. These include the evolution of science and research systems from a largely ‘bottom-up’ process to a globally networked digitised process increasingly focused upon the ‘grand challenges’ of our times.

It fails to capture the totality

As elaborate as this definition is, it fails to capture the totality of the transformation that is taking place in science today. To fully appreciate this, a comprehensive systems approach is necessary.

Looking through at the debate from this vantage point, there are at least three key building blocks that will determine the future of science. These are fundamental conditions for success; ‘game changers’ that are or could prove transformative trends; and finally responses to these conditions and trends.

This architecture for the future of science incorporates, but goes well beyond, the 2.0 paradigm. Moreover, it also reveals that while many people are currently focusing on 2.0 as a completely new development, it actually has been evolving for years.

Right now in Europe, the first three of these fundamental conditions are under stress. On the science funding front, for instance, many government budgets for science have been cut in recent years, in some countries more so than in others, including The Netherlands.

One manifestation is insufficient financing for national science councils, which routinely receive many more excellent academic proposals than they can fund. Thus, approval rates are low even for what are often first, if not world class, propositions.

Turning to the game changers, there are currently at least six potentially transformative trends in play. These are advances in ICT-technologies and connectivity; increase in computational power; growing data abundance; increased global awareness of big societal challenges and complexity; advancing research technologies at the nano-level; and the growing number of new research players.

There are five main responses to these fundamental conditions and game-changers. Tasking, teaming, transparency, tracking, and training.

Tasking relates to the research agenda, and how research is being conducted and programmed. Here, there is a high and growing expectation of science and research to deal with societal issues, as 2.0 acknowledges. However, tasking goes well beyond the 2.0 paradigm to also look at, for instance, increased expectations of national governments for leading science institutes and universities to contribute to the health and resilience of the economy.

Teaming relates to how scientists cooperate with others. Again, some of this is part of the 2.0 paradigm, including new partners. One example here is the general public which are increasingly being asked to participate in key scientific enterprises. For instance, the Institute for Advanced Metropolitan Solutions in Amsterdam is undertaking work, right now, with rain sensors in umbrellas that help to provide data for localised rainfall collection.

Elements of teaming that are not part of the 2.0 concept include growing the multi-partnership nature of science. For instance, public-private partnerships of companies and public sector bodies that are currently been championed by the European Union.

The third element is Transparency. The traditional model for disseminating scientific knowledge is papers or journals with access sometimes restricted because of payment for access issues. Open access will remedy this and must be welcomed. Associated with open access, there is also growing transparency of data. And as part of this scientists are increasingly making available full data sets behind their research.

Another element of transparency, that is not part of 2.0, is increased efforts to communicate science. One manifestation here is increased popular news interest in science.

Tracking refers to the standing of research. Next to traditional peer review mechanisms, other markers of research standing will come into play. For instance, there is currently increased reference to societal appreciation (part of 2.0) of and societal involvement (not part of the 2.0) in science.

Training refers to changing scientific careers. This is a crucial element of the systems approach that is entirely neglected by 2.0. For example, increased diversity of graduate science education offers a broader perspective than in the past, including for PhDs. The pipeline of students emerging is increasing qualified for roles outside academe.

Taken overall, the 2.0 concept is valuable, but provides a partial picture. To determine the future of science, and also Europe’s prospects of remaining globally best-in-class, the broader systems perspective is essential.” 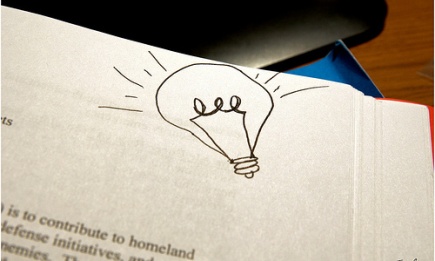