Ironically, this happened on Monday, the very day the European Parliament (EP) finalised its position on the draft EFSI regulation, in which it asked to fund EFSI from sources other than the Horizon 2020 and CEF budgets. However, only two days later, the optimism and relief caused by this strong EP position have already been dashed, by the EIB’s press release today. The upcoming negotiations on the draft EFSI regulation between the EP and the ECOFIN Council now seem to be a waste of time: the EIB and the European Commission (EC) already go ahead, without a legal basis, without EFSI and without the EP’s consent.

Legally spoken, of course the EIB decision cannot be presented as an “EFSI”-decision, because EFSI does not yet exist: there is no guarantee, there is no investment committee, there are no formal guidelines or criteria, etc. Of course, it can be a “normal” EIB decision, similar to many other project funding decisions the EIB has taken in the past. The fact, however, that the EIB explicitly presents this as an EFSI decision indicates that no “EFSI”-time can be wasted. The EP at the same time gets a clear signal to tone down its opposition to the draft EFSI regulation. Not to speak yet of the European Court of Auditors, which shot the whole draft to pieces, but seemingly nobody worries about that (cf “Resit for EFSI”).

At the same time, the EIB plays it safe: “Projects approved prior to the formal establishment of EFSI will be submitted to the European Commission and relevant bodies once in place to determine whether the EU guarantee can be used to back them. The EIB Group is committed to taking the projects on its balance sheet even if the guarantee should be found not to apply.” One can wonder why EFSI is needed at the end of the day…

And of course, the scientific community must be silenced: that is certainly the reason why one of the first supported projects concerns “investment in healthcare research in Spain” … What have all those scientists and their organisations like LERU been making such a fuss about the past weeks and months? 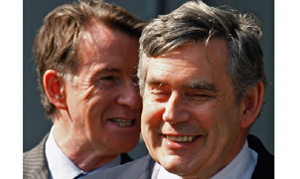 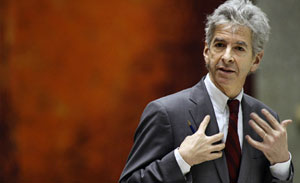