De universiteit van Oxford vertelt met gepaste trots: “800 years ago ago, on 15 June 1215, King John sealed the Magna Carta at Runnymede. Over the next few years it was reissued a number of times. Of the versions reissued in the 13th century, only 17 originals remain and four of those sit in Oxford University’s Bodleian Libraries.”

“This month members of the public have the chance to view three of these manuscripts in the Weston Library. A free exhibition called Magna Carta 800 that runs until 28 June has two charters from 1217 and 1225 and other documents from the Library’s collections that help explain the political background to Magna Carta.”

“Magna Carta 800 has been curated by Dr Hugh Doherty, now at the University of East Anglia and previously a British Academy Post Doctoral Fellow in Medieval History at Oxford. Dr Doherty says the ‘Gloucester Charter’ of 1217 is one of the finest Magna Cartas in existence.’It is an important moment of the history of the kingdom,’ he says. ‘Here we have those around the boy king following the death of John seeking to use Magna Carta to bring their enemies back on side. We see different liberties confirmed to different constituencies of the kingdom at the specific moment of 1217. These liberties are different in detail from those guaranteed in 1215 and in 1225’.”

“The Magna Cartas are very well preserved, given their age. Dr Bruce Barker-Benfield, Medieval Manuscripts Curator at the Bodleian Libraries, explains why. ‘In medieval times the charters would have been kept folded tightly into a small package with their seals preserved on the inside,’ he says. ‘So they have been nicely preserved and the seals have sometimes survived’.” 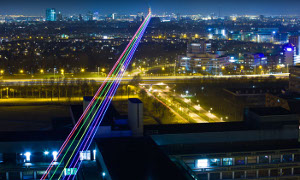