Scientists at DLR and ESA have brought together the first analyses and data from Philae’s measurements, both during its spectacular landing on comet Chury and the adventurous passage over its surface until final ‘touchdown’. After this the instruments of Philae kept working intensively and have sent a series of batches of data from the surface of this unique traveller around our Sun. Here you can read what the researchers kno wand see – and question! – from these first impressions and data.

“On 12 November 2014, as the Philae lander slowly descended onto Comet 67P/Churyumov-Gerasimenko, the first instruments on board began to take measurements. Philae touched down three times during the first ever landing on a comet, scraped against a crater rim, and finally arrived at the unforeseen landing site, called Abydos, at 18:31 CEST. “We would never have dared to attempt a landing in a terrain as rough as that at Abydos,” explains German Aerospace Center (Deutsches Zentrum für Luft- und Raumfahrt; DLR) Philae project manager Stephan Ulamec.

But, due to this, the instruments were able to conduct measurements at two different locations on the comet. The first ever recorded data acquired from the surface of a comet – the data that Philae relayed to its scientists back on Earth – partly confirmed the previous understanding of what a comet looks like, but in part it also amazed them:  covered with coarse material, a surprisingly hard surface – which made things difficult for the MUPUS (MUlti-PUrpose Sensors for Surface and Sub-Surface Science) hammer probe – and organic molecules, which had thus far not been found on or in the vicinity of comets.

“The experiments conducted on site have led to new and, at times, unexpected insights into the nature of the comet,” summarises DLR planetary researcher Ekkehard Kührt, DLR’s Scientific Director for the project. “Some things can only be accurately measured at close proximity.” These results will be published on 31 July 2015 in a special edition of the scientific journal Science.

The Rosetta Lander Imaging System (ROLIS) had the first – and best – view of Comet 67P; and as it was mounted on the underside of the Philae lander it already recorded images of the comet at 10-second intervals during the whole landing process. “Never before has a cometary surface been imaged at such high resolution, up to one centimetre per pixel,” explains Stefano Mottola from the DLR Institute of Planetary Research.

At the first landing site, Agilkia, the camera did not record the expected dust deposits, but rather a surface with coarse debris, pebbles and rocks with dimensions ranging from a few centimetres up to five metres. The regolith on the comet’s surface is dark and absorbs light really well. In addition, the particle size distribution on the comet is identical to that of comet particles hurled into space: “So there is a mutual exchange of particles between the surface and coma, the gas and dust enveloping comets,” explains Mottola.

Obstacles such as the five-metre rock near Agilkia lead to the formation of small ‘wind tails’ – accumulations of material not moved by the wind – which are similar to formations on Mars. “But surprisingly, on Churyumov-Gerasimenko, this happens without wind or an atmosphere. A different mechanism must be responsible for this.” One likely cause of these ‘wind tails’ on the comet is the dust and coarse particles in the gas ejections of the comet that fall back to the surface as a ‘particle hail’, causing an abrasion of the surface – except in areas that are shielded by larger boulders, for instance.

This was confirmed by calculations made by the DLR planetary researchers using computer models. “The observations made with the ROLIS camera suggest that material on the surface of comets can be moved over large areas, and that these movements are triggered by the cometary activity.”

The vain attempts of the MUPUS hammer probe to pound into the comet’s surface still provided the scientists with valuable data: “We have encountered a much harder surface than we had imagined,” says Tilman Spohn, planetary researcher at DLR and Principal Investigator for MUPUS. Under a thin layer of dust, just a few centimetres thick, the probe encountered porous, yet solid ice. “This ice is similar to firn on Earth, which is old, solid snow that evaporates and re-freezes.”

Previously loose components are ‘baked’ together in this sintering process. This material is also comparable to glass foams, which are used in the construction industry for insulation purposes. “You could even say that the biggest surprise provided by the comet is that the soil at Abydos is so hard,” says Spohn. “The measured value of four megapascals is the highest ever recorded for a comet.”

The temperature measurements conducted by MUPUS show values between minus 180 and minus 140 degrees Celsius – which is in accordance with the expectations. “After all, we did land in a dark, cold area.” The thermal conductivity of the soil, in other words the capacity of a material to conduct thermal energy, seems to be a little higher than expected, but is within the scope of what researchers expect for a comet or asteroid. It is also possible that Abydos has a slightly more dusty or porous surface than the rest of the comet.

The amazing hardness of the comet’s material was confirmed by the team at the DLR Lander Control Center in Cologne. “It is not possible to measure the hardness of the surface from a distance, one actually has to be on site to do so,” says Jens Biele, from the DLR Microgravity User Support Center (MUSC). Before landing on Churyumov-Gerasimenko, researchers almost unanimously thought that the lander would hit rather soft ground. “Instead, the lander bounced repeatedly when its harpoons did not fire and failed to anchor the lander to the ground.”

Data from the lander, combined with data acquired with the instruments during the flight, helped a team of DLR scientists led by Biele to reconstruct Philae’s trajectory after the first bounce and determine the hardness of the first landing site.

The scientists now also have a better understanding of the formation of comets through the data, for example, of the Rosetta Lander Magnetometer and Plasma Monitor (ROMAP): During the descent to the comet, the instrument already registered that the comet does not have a measurable magnetic field.

“This confirms that, in the process of cometary formation from the solar nebula, the existing magnetic fields were not strong enough to align the individual dust particles magnetically and permanently magnetise the cometary material,” explains Kührt. “Not a surprising but still an important finding for the development of formation models.”

The Cometary Sampling and Composition (COSAC) instrument has ‘been sniffing’ around into the history of the Solar System. It is possible that even small dust particles may have entered the pipes installed on the bottom plate of the lander and may have been outgassed there.

COSAC detected a total of 16 organic molecular species, including four never before encountered in comets. “Some of these are prebiotic molecules, which are important pieces that play a role in the emergence of life,” says Ulamec.

Another camera was on board the lander in addition to ROLIS; the Comet Visible Infrared and Analyzer (CIVA), a panoramic camera system that imaged the immediate surroundings of Philae at the, rather uncomfortable, landing site. The CIVA ‘panorama’ shows, among other things, the cracks in the comet wall, where the lander currently remains. The comet material at this site exhibits a complex structure and varying particle sizes. Also visible are white spots that indicate a soil with varying compositions.

The landing itself and the measurements conducted by the different instruments will not only change our view of comets and update our current knowledge, but will also assist in the planning of future missions. For example, NASA could also use the knowledge acquired of the comet and its surface for future planned comet missions. “We have definitely learned at least one thing with this first comet landing: Bouncing is a bigger problem than a possible sinking into the ground,” concludes Ulamec. 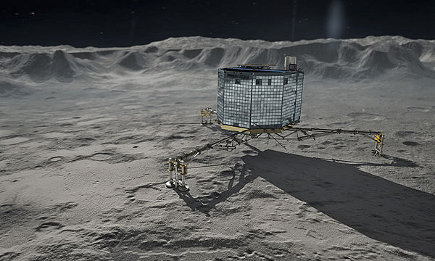 The comet and its visitor from Earth

What have we learned and what are the wonders... 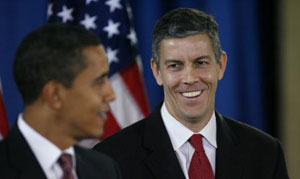