In an article published earlier this week on Evollution, J. Noah Brown, president and CEO of the Association of Community College Trustees was certain about the effect ‘America’s College Promise’ will have on the economy of the United States. You can read it here:

Initially criticized as being impractical and “impossible” to implement, Oregon recently followed suit and enacted a free tuition plan of its own. Early data show response to the Tennessee plan has exceeded all expectations, with students signing up in droves. And on July 8th, Senator Tammy Baldwin (D-Wisc.) and Representative Bobby Scott (D-Va.) each introduced the America’s College Promise Act of 2015 in the U.S. Senate and House of Representatives, respectively.

While a lot of questions remain about how these plans can be best implemented, America’s College Promise is undeniably significant and, in my view, laudable—not only because it shines an unprecedented spotlight on the tremendous importance of two-year institutions, but also because it takes us back to an era when education was synonymous with investment yielding unparalleled returns for the country.

In fact, the promise of two years of tuition-free college is an old one, first proposed in 1947 by President Harry S. Truman’s Commission on Higher education. The committee’s report, Higher Education for American Democracy, established our unique community college system—a promise to make a high-quality higher education available to all students who qualify.

Many within our sector know this, but many of us had forgotten that the Truman Commission report proposed “the extension of free public education through the first two years of college for all youth who can profit from such education.” Part of the promise was kept: anyone reading this should appreciate that our institutions would not be able to serve 14.3 million students a year without having realized the Truman Commission’s vision.

America’s College Promise is the natural evolution of the free high school movement, and moves our nation fully into the 21st Century, where education beyond high school is an absolute necessity. I don’t think anyone could reasonably argue that our country suffered economically following Horace Mann’s then-radical proposal in the mid-1800s that a primary “common” education should be free for all American students—a change so extreme it was not fully realized until 1918? We take for granted today the benefits of secondary education and the availability of higher education through our nation’s community college system.

Some question whether college promise programs are too costly for states and the country, requiring money from already tight budgets. These objections are part and parcel with any proposal to shift resources away from the status quo. Business leaders think in terms of investment and the bottom line. Think about America’s College Promise this way:

•An estimated 60 percent of job openings will require at least an associate degree or higher by 2020, and many of those in the other 40 percent do no provide a livable wage for American families.

•The average internal rate of return for the nation’s students earning their associate’s degrees in community colleges is 17.8 percent.

•Individuals with at least two-years of college earn 38 percent more than those with only a high school diploma or its equivalence—and the gap is widening.

These data are evidence of real return on investment. Business leaders would do summersaults over profitability results such as these. America is no different. The investment in college will reverse the decades-long slide in educational attainment that is eroding our GDP and our ability to compete with nations that have upped their game by investing more as a percent of their wealth in the education of their people.

More important, it moves us closer to fulfilling the true promise of America—that each new generation will do better than their parents and achieve greater economic self-sufficiency. As the Truman Commission well understood, the promise of universal access to college is the best means to achieving economic independence for America and all her citizens. Let’s work to make the promise a reality.`

J. Noah Brown is President and CEO of the Association of Community College Trustees. This article was published here earlier 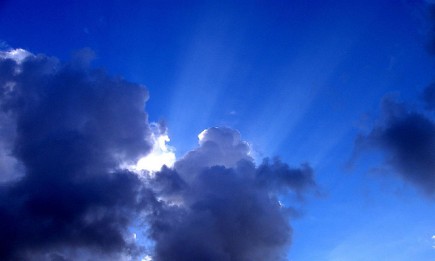