Withstand the rise and fall of empires

“375 years – many lifetimes – have passed since this great university was founded. This institution witnessed “Finland’s people step forward as a free nation among the other nations in the world”. Its academic community played a pivotal role in setting this country’s course towards modern democracy; in promoting Finland’s foreign and economic ambitions in the world and in laying down its noble values of social welfare and equality.

This is a university that has witnessed the birth of a nation. What a humbling thought that is… Our desire to obtain knowledge and understanding transcends governments, it transcends politics. It can withstand the rise and fall of empires and it will continue to influence humanity’s development evermore.

So it is with great humility that I stand before you today – in your 375th year – to talk about “The importance of research for the future of Europe”. Not to convince you of its importance. I’m sure we see eye-to-eye on that already, but to emphasise your role in the future of our Union. To do that, today, I’d like to talk about three things important to everyone’s future: openness, investment, and unity.

Every day I meet people from our vast community of thinkers and innovators. People who are tireless in their willingness to guide Europe towards ever-greater peace and prosperity. Their defining quality is openness. A scientist will be the first to tell you that failure is the highest probability, but that doesn’t stop her from putting on her lab coat every day. A researcher will be able to tell you about the very darkest times in our history, but equally, our most defining moments. An innovator will be able to tell you about how things didn’t get off the ground until his fourth or fifth prototype, but still, he will speak wide-eyed about how he has perfected his idea over time.

Common to all these people – common to success in the research and innovation community – is openness. It is my opinion that the future of innovation lies in bringing as many different people, concepts and fields together. The future of research in Europe lies in people like you setting its course as a community, and with those who are different from you. In my eyes, the future lies in open innovation, because openness fuels innovation.

A story you’ll all be familiar with, started right here at the University of Helsinki. In 1991, Linus Torvalds launched the Linux operating system from his student halls. With just 10,000 lines of code, Torvalds fundamentally changed the software industry forever, creating one of the best examples of a free and open source software system. A system that many of you will have in your pockets today, forming the basis of your Android phone. Around 3,000 people a year suggest improvements to Linux code, maintaining its status as one of the most significant global economic forces of recent decades. The open, collaborative nature of the Linux operating system is the essence of its phenomenal success and its constant improvement.

Open innovation like this is often found at the intersection of disciplines. I saw a great poster online once (yes I do browse occasionally). It was from the University of Utah, College of Humanities and it read: “Science can tell you how to clone a tyrannosaurus rex… Humanities can tell you why that might be a bad idea!”

What it is saying of course, is that real progress doesn’t come from any one field alone. It comes from how we apply knowledge to the real world around us, together. Such cooperation requires patience and perseverance of course. It’s much easier to do what we want without consulting anyone else, but with such a blinkered approach, we’d only get so far. To be open means to work in harmony with those who are different from us, who have different opinions from us, who see the world differently from us. It takes longer, but it is more effective in the long run: tackling the problems we all face, from all sides, at every opportunity.

I once had the pleasure of meeting Luca Parmitano, one of Europe’s few astronauts. In his view – if we want to reach the top of research, science and innovation in Europe – we must consider that goal to be like reaching the top of a tetrahedron. A tetrahedron has four triangular surfaces which form a pyramid. The height of the pyramid is directly related to the size of the base. So to get higher, you need a larger base.

At the European Commission, we’re making an historic effort to invest in the things that will give Europe the most opportunities to thrive as an economy, now and in the future. Horizon 2020 is the largest ever European research and innovation programme providing nearly 80 billion euro of public investment in great science, innovative projects and research careers, but we also need far more private investment. This is where there is the big gap, if we compare ourselves to the US or leading economies in Asia.

In the last few months we have taken a big step forward in addressing this gap, with the establishment of the new European Fund for Strategic Investment. Under the leadership of your compatriot, and my colleague, Vice-President Katainen, the European Commission and the European Investment Bank are teaming up to support strategic investments worth at least 315 billion euros and Finland has been one of the first to benefit from this new Investment Fund.

In Äänekoski, the European Strategic Investment Fund is already financing the construction of a new bio-products mill – using cutting edge technology to produce 1.3 million tonnes of renewable fibre or pulp a year. This is an investment in the knowledge economy. It creates employment, reduces energy consumption and keeps Europe at the cutting-edge of research and innovation. My job is to make sure many more of these kinds of investment will follow. But investing in Europe isn’t just an economic, or an academic decision. It is an investment in the ideals which bind us together as a community. Ideals meant to make life better for everyone.

Now I’ve talked a while about openness and investment, this brings me to unity. Unity is sometimes mistaken to mean uniformity – that to be as one, we must all have the same characteristics. But in fact, the Oxford dictionary lists many alternative definitions for this word of just five letters. These definitions include words like “harmony” and “cohesion”, but as a mass noun, unity is simply defined as the “state of being joined as a whole”. To me, it is the condition of being bound together, as part of something greater.

What I find most remarkable, is that the first example given in the modern Oxford dictionary (the online version of course, this is 2015)… the first example is that of “European Unity”. I can literally say the words, “If you look up unity in the dictionary, you will find Europe”. My fear is that we’re starting to take our unity for granted. That we no longer fear its erosion. That we no longer notice, how much greater a voice it gives us in the world.

Having worked on the first atomic bomb, Oppenheimer laid a great deal of the groundwork for the peaceful use of atomic energy, exploring the relationship between science and society. He found hope in a vision of openness for the future of the world, advocating that cooperation between nations, unity, was more vital than ever. Without unity, without cooperation, we wouldn’t have found the Higgs Boson, or landed on a comet, we wouldn’t have the biggest public research funding programme the world has ever seen, Horizon 2020.

So ladies and gentlemen, today, I’ve talked to you about my thoughts on openness as the muse of innovation, about investing in what makes our community prosperous. I’ve talked about how unity amplifies our power as a community. It is my belief, that one of the greatest gifts the academic community can offer society, is to remind us of the importance of cooperation. Cooperation in the tradition of the scholars who entered the very first European universities hundreds of years ago to reveal and share knowledge. Cooperation in an age that offers endless opportunities to collaborate with people all over the world and solve common problems.

So I ask you to care about what happens in Europe. I ask you to define the future trajectory of our Union. Universities can lead the way and my challenge to you is to shift towards a more open, collaborative and interconnected way of conducting research. I know you are tackling this challenge head on at the University of Helsinki and it is no coincidence that the latest Shanghai global ranking places the University of Helsinki in the top 100.

I would like to see more European universities take up the challenge of collaboration and opening up research results to the world. In short, our universities must become ever more outward-looking to maintain their academic leadership. Throwing doors open, does not mean compromising on research quality. It means embracing, with open arms, the wonders this new century has to offer.

So ladies and gentlemen, thank you for listening. I wish you a memorable year ahead and I wish the University of Helsinki many lifetimes of great work to come.” 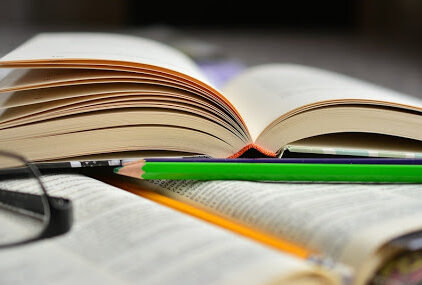 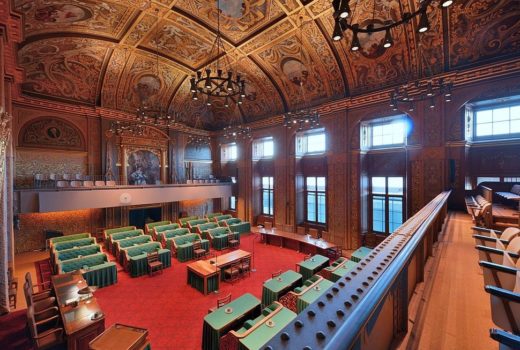 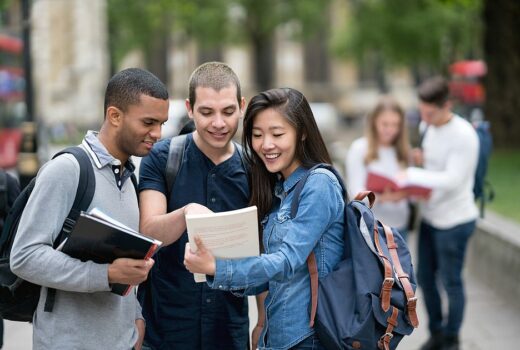