“Airbnb, Uber and Snapchat are each estimated to be worth over 10 billion dollars. Five years ago, no one had heard of them. In 2010 Snapchat wasn’t even founded yet. And on the flip side, five years ago Nokia was still the global market leader in mobile phone sales. 10 million people in the Netherlands had a profile page on Hyves. Both companies were unable to keep pace with the innovation drive of their competitors. Nokia and Hyves are both being kept alive by other companies.”

“From the start, the lightning factory undertook small-scale research. And after a few years, this began to take more serious forms. The research took place in a fully equipped lab at Strijp-S. As still happens in office environments, the name of the physics laboratory was soon shortened. It became known as NatLab. And while its name was cut in half, its field of research spread further.”

De bewindsman wees erop, dat deze benadering van R&D zo vruchtbaar was, omdat het fundamenteel was pur sang, maar direct betrokken bleef op de samenleving. “The initiative for that expansion mainly came from outside the lab. During World War I, the Anthonie van Leeuwenhoek hospital asked the Natlab to repair its X-ray lamps. The Natlab engineers examined the lights, repaired them and then developed the technology further. Philips was thus the first to be able to detect tuberculosis with an X-ray machine. In the 1920s, that was as unique as it was lifesaving.”

Dit veranderde en helaas niet ten goede. De bittere lessen uit wat daarna gebeurde verborg Dekker niet. “Every now and then, the lab still produced high-quality products. Video 2000, for example. Or the video laser disk. Both offered a way to watch cinema-quality films at home. None of Philips competitors offered a better quality than they did. Yet neither was a success. The video recorder arrived when the market was already saturated Sony’s Betamax and VHS. The video laser disk was developed without taking consumer wishes into account. They wanted a device that enabled them to record films too. The player was hardly sold.”

“Together they turned their idea into a successful product. Some of you were there, some of weren’t even born yet, but the CD was extremely popular. After years of falling sales, Philips was on a roll again.”

De lessen zijn voor het kabinet duidelijk, zo liet de bewindsman blijken. “It was only when scientists joined forces with people and developments from outside, that they were able to make applications that were really innovative. Their work crossed boundaries. And they created products that may even have saved the future of the organization.”

“But when scientists and engineers stayed on their own island, in the case of Video 2000 and video laser disk, for example, setbacks occurred. To me, it is very simple. New applications only have value when they are used. And I believe, that the best applications are fruits from collaboration between unexpected partners.”

Een voorbeeld van buiten Brainport mocht dit illustreren.” The Dutch app-developer Frederik van den Broek was diagnosed with brain cancer. And he discovered his illness was literally a brain teaser. Remembering when he needed to take his pills and what to eat with them became a difficult day job.”

“In collaboration with Microsoft and Amsterdam’s Free University hospital he developed Mindapp. This app helps patient to keep up with their treatment. And the app also gives doctors tools to check easily how the patient has been doing between check-ups. Everyone involved developing Mindapp, benefits.”

“In European Union innovation rankings, the Netherlands is not even near the group of leaders in innovation. Instead, we are among the group of innovative followers. And even in that group, we are not excellent – but just average. It shows that scientists aren’t always concerned with the application of their knowledge. In general, I feel that the scientific world is still too often looking inward. That there is too much emphasis on publishing in leading journals, instead of creating new innovations.”

“And by doing so, you give Dutch knowledge maximum impact. You let science make real progress. And you’ll take the only road, to excellent innovations.” 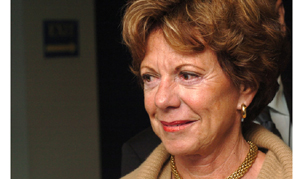 “With the right infrastructure and the right approach, we... 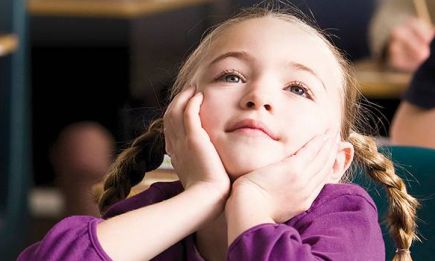