“Schooling plays a surprisingly large role in short-changing the most economically disadvantaged students of critical math skills, according to a study published today in Educational Researcher, a peer-reviewed journal of the American Educational Research Association,” says William Smith ot the Parisian thinktank.

“Unequal access to rigorous mathematics content is widening the gap in performance on a prominent international math literacy test between low- and high-income students in countries worldwide.

Using data from PISA 2012, researchers from Michigan State University and the OECD confirmed not only that low-income students are more likely to be exposed to weaker math content in schools, but also that a substantial share of the gap in math performance between economically advantaged and disadvantaged students is related to those curriculuar inequalities.

PISA data teach us as lot

The authors—William H. Schmidt, Nathan Burroughs, and Richard Houang, all of Michigan State University, and Pablo Zoido, from the OECD – found that in almost every one of the 62 countries examined a significant amount was added to the social class-related performance gap because of what students studied in schools. The 2012 PISA was the first international study to include student-level indicators of exposure to math content. The authors relied on data from more than 300,000 students, who ranged in age from 15 years and 3 months to 16 years and 2 months.

“Our findings support previous research by showing that affluent students are consistently provided with greater opportunity to learn more rigorous content, and that students who are exposed to higher-level math have a better ability to apply it to real-world situations of contemporary adult life, such as calculating interest, discounts, and estimating the required amount of carpeting for a room,” said Schmidt, a University Distinguished Professor of Statistics and Education at Michigan State University. “But now we know just how important content inequality is in contributing to performance gaps between priviledged and underpriviledged students.”

On average, across the 33 OECD countries studied, roughly a third of the relationship of socio-economic status (SES) to math literacy was due to inequalities in math coverage, with sizeable variation across countries, ranging from nearly 58 percent in the Netherlands to less than 10 percent in Iceland and Sweden.

There are striking differences in how countries group their students and structure their instructional opportunities, meaning that in countries like Australia, New Zealand, the United Kingdom and the United States there are greater within-school inequalities in content coverage, while in other countries such as France, Germany, and Japan inequalities are larger between schools.

Regardless of whether unequal learning opportunities for lower-income students were found within or between schools, they exacerbated inequitable student outcomes. “Because of differences in content exposure for low- and high-income students in each country, the rich are getting richer and the poor are getting poorer,” said Schmidt. “The belief that schools are the great equalizer, helping students overcome the inequalities of poverty, is a myth.”

Andreas Schleicher from the OECD and the Director of PISA, confirmed the results. He said: “The research confirms what PISA’s international test results have been telling us for more than a decade: in order for every child to perform to the best of his or her ability in school, teachers and schools have to believe that all children can succeed – and act on that belief.” 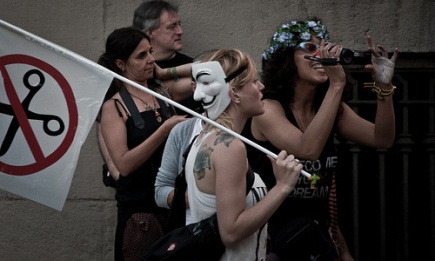 The real cause for the shocking youth unemployment figures... 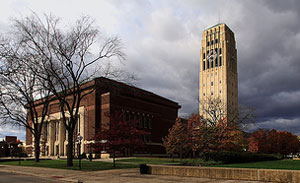 The rise of the Graduate School