The editorial boards of five international scientific linguistic journals have chosen to make their research available for free at the open-access website LingOA. The plan is initiated by Dutch linguists and welcomed by six universities. Dutch universities are still in negotiations with academic publisher Elsevier about open-access. Two of the five linguistic journals are now under contract at Elsevier.

The six Dutch universities (University of Amsterdam, Leiden University, Radboud University Nijmegen, University of Groningen, Utrecht University and Free University Amsterdam) where linguistic research is conducted have consented to provide such a guarantee in the context of the  Association of Dutch Universities (VSNU). The Netherlands Organisation for Scientific Research (NWO) will provide an additional subsidy.

LingOA hopes to encourage other journals to move towards affordable Open Access. All the preparations to ensure the success of this step have been made. This Dutch initiative will promote the publication of articles in accordance with ‘fair’ Open Access. This means that the authors retain copyright to their articles, editorial boards will own the titles of their journals, and the publication platform charges considerably less for its services than commercial for-profit publishers currently do. In addition, the publication costs are transparent and linked to the actual services rendered.

The journals Lingua and Journal of Greek linguistics are currently renegotiating their collaboration with their publishers.Several other reputable journals are expected to announce the transition to the new platform shortly. The Dutch universities, the university libraries, the Association of Dutch Universities (VSNU), The Netherlands Organisation for Scientific Research (NWO), and the Royal Netherlands Academy of Arts and Sciences (KNAW) have expressed their support for this momentous step.

The Dutch universities support the LingOA initiative as they are strongly in favour of affordable open access to academic publications – an aim shared by the Dutch government. Open Access publications are easier to find, more frequently cited and reach a larger audience. This benefits not just science, but society and the economy at large.

According to targets set by State Secretary Dekker for Education, Culture and Science, five and ten years from now 60% and 100% , respectively, of all Dutch academic publicationsshould be open access publications. Signifying a major step towards a new model for open access, this initiative reflects the notion that academic publications financed from public resources should be universally accessible without any financial hurdles.

The fact that open access and open science are... 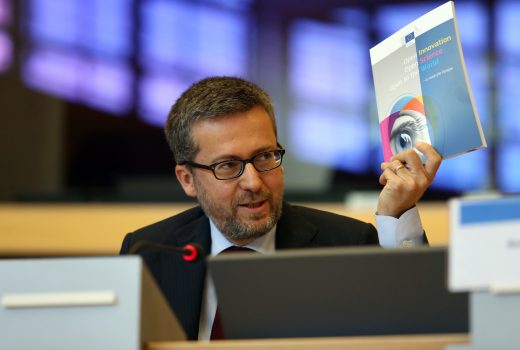 “Elsevier is trying to co-opt the open science space, and we shouldn’t let them”

Involving Elsevier in the European Open Science Monitor is...