Tegen de gelauwerde docenten zei Poetin: “You know this better than I do: without a proper salary, there is no way we can raise the prestige of a teacher, of the profession in general, which is undoubtedly the most important one in any society, including ours. If we take 2005 again, the average salary was 6,500 rubles, which accounted for 77 percent of the national average. Now, over the past year we have created a situation when the average salary of a schoolteacher is 8 percent higher than the national average, amounting to 35,000 rubles.”

President of Russia Vladimir Putin: How are you, Mr Sadovnichy?

Moscow State University Rector Viktor Sadovnichy: Fine, thank you. And thank you for seeing me and for the meeting with the teachers. I headed Russia’s Teacher of the Year competition and I worried for every teacher. It was a pleasure to see that you seemed to have liked them, while they were full of admiration for you. Thank you for the meeting.

Vladimir Putin: Those are talented people, enthusiastic about their profession.

Viktor Sadovnichy: Enthusiastic and very strong competitors this year: all 15 laureates and the five winners, and the absolute winner as well. They were all going head-to-head, but the absolute winner got a little more points and came in first under the competition rules.

A couple of words about the university. Generally, we are doing quite well. I would like to take up the initial development of the technology cluster. Everything is ready, we had a public review with some 300,000 Muscovites taking part in the discussion. A vast majority supported the development of Moscow State University and the adjacent territories. We are ready to create the first, as I believe, technology cluster in this country under a classical university on these new principles.

We would like to bring the university potential, which is 15,000 doctors of science, 5,000 post-graduate students and 50,000 students, to these laboratories, to this territory and to start, in a partnership with corporations, with businesses, creating new technologies and new products, annually growing through the enormous potential of Moscow State University and the people who would like to and wish to work in this cluster.

This is a vast territory of over 100 hectares practically in the centre of Moscow. We have studied all the issues dealing with the start of construction, now that the public hearings are over and the Moscow Government has issued the appropriate document, so now we are beginning design. I would like to ask you to support this project, so we could begin work on design and construction.

I hope that in four or five years we will create a unique complex, a space, a technology cluster built on new principles. This is not just another techno park; this is about the university’s potential, university’s ideas, about the needs of corporations, joint laboratories and the creation of unique unprecedented products. This is the first issue.

Mr President, there is one more matter I would like to raise. We have set up a medical centre, also the first of its kind at a classical university. In the past, departments of medicine were turned into medical schools of higher learning, thus back in the 1930s the medical department of Moscow State University became what we now know as the Sechenov First Moscow Medical University.

We did not teach medicine, but in 1992 I managed to get the department back, and later we built a unique medical centre – 50,000 square metres, 13 operating theatres, a very serious centre with all the latest equipment. We began working and obtained a license, but it did not become part of the healthcare system, because medical schools are subordinate to the Healthcare Ministry, while we have nothing to do with it.

My second request, Mr President, is for you to support this project and instruct the ministries to resolve the situation in terms of this medical centre’s status.

Viktor Sadovnichy: I would like it to become part of Russia’s healthcare system. Currently, it is merely educational.

Viktor Sadovnichy: Yes, that is it.

Vladimir Putin: Let us consider it with our colleagues.

Viktor Sadovnichy: Some more information, Mr President. In December, we are to launch the Lomonosov satellite. This was your directive and we have done everything. The satellite is ready, and we would like to launch it in December from the Vostochny Space Launch Centre. All the preparatory work is underway. I am in constant contact with the Federal Space Agency (Roscosmos) and the Defence Ministry, which helps us with assigning frequencies and with the delivery of this heavy satellite – it’s 600 kilogrammes.

We hope that your support and instructions, along with the preparations that are already underway, will make it possible to launch the unique Lomonosov research satellite. It will carry a lot of equipment made at Moscow University.

Vladimir Putin: You need to agree with Roscosmos on the dates.

Viktor Sadovnichy: We know there may be certain delays, but we are ready to launch in December.

Vladimir Putin: You need to develop a system of communications and power supply. These are purely technical matters; however, the most important thing is that everything is done with good quality – this is what matters most.

Viktor Sadovnichy: Mr President, one more thing – another one of our successes: we have built an observatory in the Caucasus, in Karachayevo-Circassia. This is the third largest mirror in Russia, and the computerisation quality is the highest. We are already obtaining unique results. It is like a town: the telescope and the buildings take up a vast territory. Besides, this is a very good place for night viewings – you can see the stars very well.

Overall, this has all been reflected in the rankings and we keep improving our positions. There is hardly a ranking system that does not place us in the top ten, hundred or 50. Moreover, the latest rankings place us second or third in Europe, and about 20–24th in the world. Such is the success of Moscow State University even when rated by those who have a slightly different approach to organising education.

Vladimir Putin: So, overall you assess the development of your university as positive and meeting current requirements.

Viktor Sadovnichy: This is thanks to you, because the instructions coming from the Board of Trustees and your directives, and the opportunity to meet with you, I believe, all create conditions for even better work. We promise that. I believe Moscow State University should keep moving up step by step. We will try not to let you down, Mr President.

Vladimir Putin: Good. Best of luck to you. 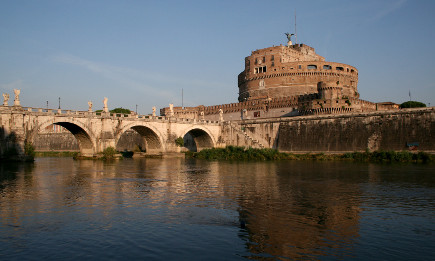