Together with colleague Cinzia Fantinati, Koen Geurts wrote a blog in which he looks back at the landing of Philae on comet 67P in november 2014 and how Rosetta established contact with the lander half a year later.

“On 13 June 2015, the lander contacted Rosetta. A two-way link was established for 78 seconds. Philae sent back 343 encouraging housekeeping packets with information from the thermal, power and on-board computer subsystems – alive and well, the lander was warm and its solar panels were receiving sunlight.”

In total Rosetta and Philae had six moments of contact of which the last one was on June 24th. “All in all, the sparse stored and real-time data showed that temperatures had increased from -55 degrees Celsius in May to -5 degrees Celsius on 13 June, that the battery was charging and the comet days were getting longer.”

Geurts and Fantinati are honest in saying they hoped for more. As Philae is not always visible to Rosetta it remains hard to keep in contact. “Contact opportunities should be possible approximately two times per Earth day during an overflight by the orbiter, and orbiter and lander antennas must be aligned. The performance of Philae’s antennas is partially affected by objects in the nearby environment and the orbiter must align its antenna as closely as possible towards the comet.”

Since the moment Philae went back to sleep, comet Chury and Rosetta continued to travel together. “Rosetta is now 400 kilometres away from 67P, due to the increased cometary activity around perihelion on 13 August. Although communication with Philae at this distance is unlikely, Rosetta is trying nonetheless.”

For Koen Geurts and his team it is still unsure if they will manage to get in contact with Philae which is predicted to be operational until the end of this year. “If you, too, are wondering: Will we hear from Philae again? Guess you will just have to wait and see.” 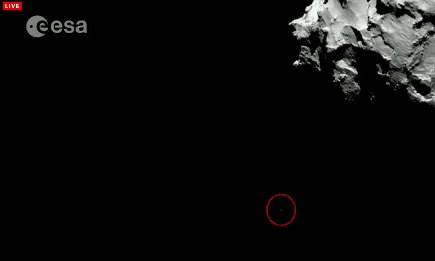 One day before Comet 67P will be closest near... 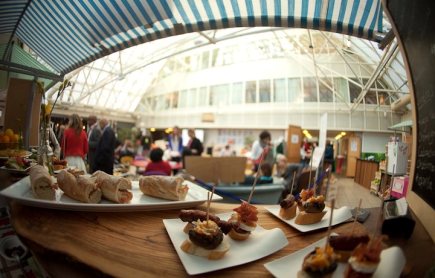