On 20 January 2016 a group of militants stormed the university killing and injuring dozens of students and staff members. This comes not even one year after the terror attack on Garissa University College in Kenya on 2 April 2015 that killed 147 students, the Association notes.

“EUA would like to express its remorse for the victims and its solidarity with the university. The Association would also like to draw attention not only to the barbarity of these attacks, but also to the appalling reality that such attacks continue to happen around the world.”

No boundaries for knowledge

“EUA reaffirms its belief that any act of violence or attack on education runs counter to the fundamental university values of freedom of thought and expression, tolerance and autonomy and undermines the ambition and fundamental right of any person to gain qualifications and make a contribution to their nation, society and the world.”

“Attacks on universities, their students and scholars weaken or obliterate academic freedom, have a devastating impact on research, teaching and access to education, and impair society’s long-term development. Safeguarding the freedom and safety of universities and university communities is therefore vital in ensuring the advancement of knowledge and the cultural and scientific development of humankind.”

“The pursuit of knowledge has no boundaries and universities transcend geographical and political frontiers. In keeping with its endorsement of the principles of the Global Coalition to Protect Education from Attack, EUA calls on universities across Europe and beyond to unite in solidarity in condemning this latest attack and any other forms of violence against education. It further appeals to the international community to take action to protect universities from attacks and prevent them from happening in the future.” 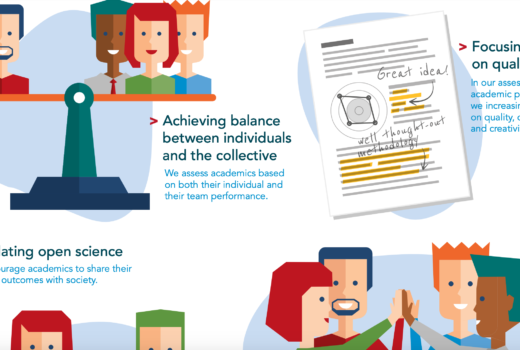 Dutch universities and research funders move away from the impact factor

In a collaborative effort Dutch institutes and funders start...