Het verhaal van Gaurav Raja leest u hier: “It began with a pizza. This was his prize in Dr. Linda Gooding’s math class when, as a freshman, he coasted to victory in a classroom competition on about 250 digits. But his incentives grew over time.”

The pizza would come easily each year, but Gaurav’s real craving was to land himself in the record books. Or record list, rather, in the form of the austere but authoritative Pi World Ranking List. His sights were set on the all-time North American record, previously set in 1979 at a staggering 10,625 digits. As if this Everest-like ascent wasn’t inspiring enough, his parents promised he’d get an Xbox 360 out of the deal. Let’s look at a timeline of the last few years in Gaurav’s unlikely quest.

An Xbox 360 was at stake, and though his dad offered to get it for him anyway, Gaurav refused, saying “I wouldn’t play it.” That is, until he breaks the North American record, which he did on June 12. A panel of judges, his family, and some media were there for the one hour, 14 minutes and 28 seconds of pi.” 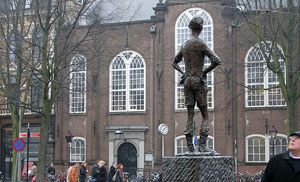