The Delta Coalition was launched during the Adaptation Futures climate conference in Rotterdam, the first major adaptation conference since the Paris Climate Agreement and the largest ever organised around this topic. Some 1700 delegates from over 100 countries are gathered in Rotterdam to work on the essential worldwide adaptation to climate change.

As EU President, the Netherlands is hosting the conference on 10, 11 and 12 May. In her opening address, Infrastructure Minister Schultz emphasised the importance of climate adaptation. “We will need to adapt to a changing world, even if we manage to minimise CO2 emissions. Not only do we need to respond to changes, we must be able to anticipate the future and act accordingly. We must prevent disasters. This will not only save lives, it is also a logical economic investment. Every euro we spend on prevention will yield a return of 7 euros.”

“In a short period of time, we have aligned 12 nations from 4 continents. This is a historical achievement. For the first time, we have a coalition at the country level, in which delta countries exchange know-how, experience, and ideas, directly leading to international agreements and national implementation. All these countries are aware of the huge risks involved in living in a delta, and determined to put this topic at the top of the agenda across the globe.”

The final preparations were made on 9 May, during the Sustainable Urban Deltas conference, organised by the International Architecture Biennale Rotterdam and the national government. Urban deltas are at the forefront in the battle against climate change. It is here that the impact of water pollution, floods, salinisation, and limited availability of freshwater and sanitation is particularly high, while the urban deltas also generate money, have the most fertile soil, and accommodate increasingly more people. By 2050, some 650 million people will be living in urban deltas.

The Delta Coalition is focused on three goals:

-the flood risks facing urban deltas must be placed on the agenda everywhere. By climbing on stage themselves, the delta countries hope to garner wide international support and gain access to investments by multilateral (climate adaptation) funds;

-by sharing know-how, experience, and best practices, protection is raised to a higher level in all the countries concerned. Knowledge institutes such as the Delta Alliance will be joining forces to develop a good delta expertise infrastructure;

The subject of such a joint effort, involving collaboration among low-lying countries, was first brought up just a year ago, during the UN World Conference on Disaster Risk Reduction in Sendai, Japan. Minister Schultz hopes more nations will join the current 12. “The larger the delta community, the more thinking power, energy, and willpower we command in order to make our urban deltas safe, sustainable and powerful. The Delta Coalition can thus grow into a hotspot in which know-how, experience and ideas all come together to future-proof urban deltas across the globe.” 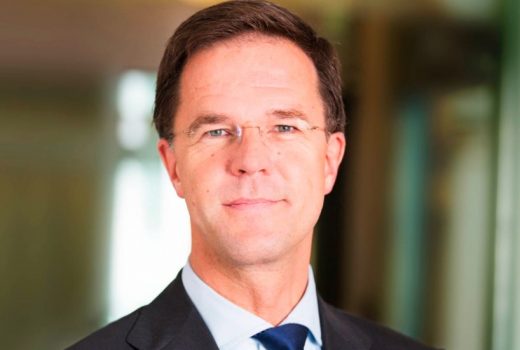