In his first week as President of the United States, Donald Trump already has taken actions that show his position towards scientific research especially in the field of climate change. His administration is already deleting climate change references from the government website, while the Environmental Protection Agency is about to face the end of funding for scientific research.

These actions have provoked outrage by the scientists that have now organised themselves on http://www.scientistsmarchonwashington.com/. “Slashing funding and restricting scientists from communicating their findings (from tax-funded research!) with the public is absurd and cannot be allowed to stand as policy,” the organisers say.”

While research on climate change seems to drive the actions against the Trump administration, the organisers of the Scientists March on Washington, come from all kinds of disciplines and backgrounds. “We will both have a diversity committee and a diverse steering committee that represents people of many backgrounds and identities.  Science is done by people of colour, women, immigrants, LGBTQ, indigenous people, people of all beliefs and non-belief. We hope that this diversity is reflected in both the leadership of the march and the march itself.”

The scientists are resisting a society in which certain facts are contested. “The Earth is becoming warmer due to human action.  The diversity of life arose by evolution.  Politicians who devalue expertise risk making decisions that do not reflect reality and must be held accountable.  An American government that ignores science to pursue ideological agendas endangers the world.”

A formal date for when the march to Washington will take place has not been set. On this moment the organisers are working to release tools to help scientists to coordinate a march with people on a local scale as was happening on Women’s March. 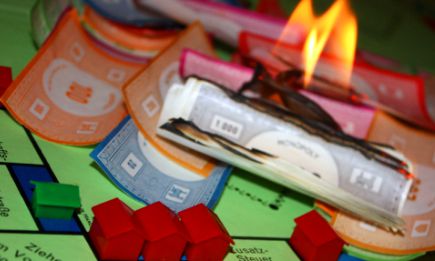 European students would rather invest in stocks than their...