“This is the first time that there has been a meeting at this level.” Gerard Meijer, director of the German Fritz-Haber Institute and member of Projekt Deal is believes that this meeting has changed the playing field in the open access negotiations. “You have to understand that up until now the negotiators Amongst the attendees were Koen Becking (Tilburg University, VSNU negotiator from NL), Horst Hippler (Projekt DEAL, DU), representatives of Couperin (FR) and the UK Research Council. Also an Austrian and Polish delegation participated as well as representatives from the University of California (USA). on the side of the academic publishers had the luxioury of constantly meeting new people at the negotiating table.” Meijer believes that the lack of information on the side of the academic institutions has held back progress for too long. “Those days are over now we are sharing information and deciding on a common strategy at an international level.”

Universities are fed up

Judging the overall atmosphere of the meeting Meijer can safely conclude that there is a “high level of frustration amongst academic insitutes.” After many rounds of negotiations many of the parties involved are left with the feeling that academic publishers are trying to squeeze every last drop out of the current business model. In Germany the majority of the universities have boycotted the largest publisher Elsevier since the beginning of the year. “The levels of grievance differ per situation, but I expect many more countries to follow in Germany’s footsteps.”

Referring to a statement by Projekt DEALreleased on Thursday Meijer echoes the words of Hippler. “If we say that the limitations of our partnership with academic publishers have been reached we are utterly serious,” Meijer says, “and that also means that we are considering alternatives that do not involve the academic publishers.”

European Plan in the making

Meijer is delighted with the fact that Robert-Jan Smits has been appointed as a special envoy to the European commission. “Robert-Jan has an impressive track record resulting from his eight years as DG. I have high expectations of him.” Smits himself is determined but expects tough negotiations. “I think we’re heading for a major clash, especially now universities are joining forces on a European level. However, I really hope to reach an agreement with all parties.”

Smits will present his OA plans this Summer. In this plan for the European Commission he will have to indicate how the EU is going to meet the goal, set by the European ministers, of 100% OA in 2020. “If we keep moving at this pace, we’ll never reach our goals,” Meijer says, confirming that a future plan might not include the academic publishers whatsoever. 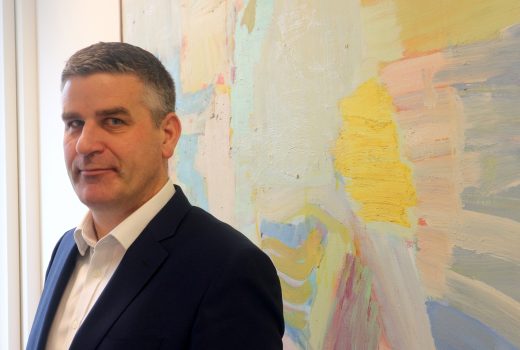