COVID-19 has us all in its grip. Across the globe, researchers are working on solutions to the crisis that has taken us by surprise. This doesn’t just concern the medical aspects of the crisis: economic and psychosocial aspects are important as well. The social impact of the public measures taken to slow down the spread of the virus is a prime example of this.

Efficient collaboration among researchers and quick and effective sharing of insights are of vital importance. Early and open sharing of publications, datasets, software, code and other scientific material are therefore essential. This requires greater societal awareness about what one can and cannot do with all these types of scientific information. Creating such awareness is a joint responsibility of the scientific community and society at large.

A lot of information that is important for understanding and combatting the outbreak and the major social crisis it has caused, is already openly accessible at the moment. This includes articles in open access journals, preprints, data about the genetic variations of the virus (and its analysis, e.g. Nextstrain) and code used in modeling the spread of the virus. Information that is directly used to advise government and parliament is also increasingly being shared publicly. Examples of this are the RIVM presentation (in Dutch) in the Netherlands and the Imperial College report in the UK.

At the same time, a great deal of relevant scientific information is still behind paywalls. Some examples from the medical field are articles about the availability of medical devices during pandemics, about modeling isolation and vaccination in epidemiology and about (negative or positive) effects of additional administration of oxygen during assisted respiration.

The societal pressure on publishers and companies (for example, Roche) to make information available is mounting. In recent weeks various calls have been made by, among others, research funders and NGOs to publishers to make published research results and protocols freely accessible. A number of publishers have responded positively to that call. However, the way in which literature and sources are made available varies. Often, access is temporary, or sources get a license that enables text & data mining, but not further sharing of the publication itself.

We can do more, but what?

We can do much more to rapidly and reliably make research results publicly available: on aperpetual basis and in line with the open science goals that universities have set for themselves. Over the last years, much has been developed and organized to make open science possible. Concrete steps have been taken regarding the required infrastructure, funding, support, discussions in the disciplinary communities and policy regarding research evaluation and valuation. This means that open science can now become “mainstream”. Not only during the coronavirus crisis but as a lasting change in how we as a society deal with scientific knowledge.

On the designated  page “Open Access for COVID-19 and related research” on open access.nl, you can find an overview of specific steps that are taken in the current crisis. It also contains recommendations on what is possible to increase barrier-free availability and use of scientific research, such as retrospectively making publications open access, and sharing preprints. This can be interesting for older research into coronaviruses and viruses in general, but also for many other research disciplines relevant to the crisis. In addition, researchers – and others – can contribute in various ways to collecting and enriching relevant research information. We briefly explain the examples mentioned:

Making articles and chapters open access, retrospectively: “You share, we take care!” When researchers give their university library permission, research articles and book chapters can be shared – in line with Dutch copyright law – on behalf of the researchers, via the institution’s repository, from six months after publication The VSNU project You share, we take care!) . This may be of particular interest for older material on viruses or related topics such as epidemiology, infection control, healthcare, crisis management, mass psychology, communication etc.. Read how this works. Exact implementation may differ per institution.

Sharing early versions of papers: Preprints: When researchers want to share new findings, they can share their paper or book chapter on a preprint-server, before it is peer-reviewed and published with a journal. This is an accepted practice in an increasing number of disciplines. Some good preprint platforms for this are bioRxiv (life sciences), medRxiv (medical), PsyArXiv (psychology) and Open Science Framework (OSF) preprints or Zenodo (both multidisciplinary). The past weeks have already seen a sharp increase in the number of preprints on COVID-19 (Figure 1).

Curating and adding value to research information: In addition to sharing their own research output, there are several other ways in which researchers – and others – can contribute to reliable research information, for example by peer-reviewing preprints (Outbreak Science PREReview, Figure 2), by adding information related to COVID-19 to Wikidata, and by working (collaboratively) on text and data mining of scientific data and publications (e.g. Open Virus and the CORD-19 Data Research Challenge). Researchers can also contribute by analyzing and visualizing available data in various other ways. Examples are the COVID-19 tracker and the Visualization of COVID-19 confirmed cases.

What does more openness mean for the role of science in society?

The current crisis puts a spotlight on the importance of open science. It also demonstrates that open science is not just a checklist, or a set of hoops that researchers have to jump through. Open science requires a different kind of interaction between researchers. An open way of working and sharing information at an early stage are practices that might make many feel vulnerable.

Open science can only reach its full potential if we apply constructive criticism, enrich each other’s work, and create an error-friendly environment. In addition, open science requires a different way of dealing with research by society as a whole (politicians, policy makers, media, education). What does it mean if data, code, early versions of papers, peer review reports, etc. are immediately and permanently visible to everyone?

Increasing openness, including the sharing of early results and other types of output (such as data, code and preprints), requires a better understanding in society of the role of those outputs in the research process. Open science exposes and opens up the way science works, including its limitations and uncertainties. Interpretations can change with advancing insights when more data becomes available. This has always been the case, but with the advent of open science it becomes more dynamic and more explicit. It shows that science is not an “answering machine”; not a producer of absolute truths. This effect of openness should not be used to portray science as an arbitrary insight, or as just another opinion.

It is important that also non-scientists realize that in science, quality or reliability is less and less measured by where an article is published. Instead, it is increasingly based on the extent to which research results and processes are open and transparent and can therefore be verified. “It is from Harvard, so it must be good,” is increasingly insufficient as justification for giving something a prominent role.

Scientific uncertainty becomes more visible through open science, in which details of analysis, preliminary results, and the like are shared at an early stage. This uncertainty reflects striving for accuracy, it reflects a systematic quest for the real correlations, and it reflects consciously indicating what is (still) unknown.

Global challenges such as the current corona crisis and of course the climate crisis clearly emphasize the importance of cooperation and early and broad sharing of results, given the complex interrelationships of health, economy, climate, biodiversity, politics and law. Early sharing of results also helps to address expectations that science can deliver relevant insights quickly. The scientific community is able and willing to move towards open science but this will only succeed if society changes along with it and is able to apply the fruits of open science effectively.

We believe the following could contribute to this:

It is important to highlight good practices that provide direction during this transition. For example, several Dutch universities have set up open science programmes in line with the National Open Science Plan. Researchers have also set up Open Science Communities locally, in which they organise workshops and share practical experiences, at nine Dutch universities already.

Moreover, in the context of the National Open Science Program, the Accelerate Open Science (ACOS) project was launched in autumn 2019, with involvement of some of the authors of this article. This initiative is set up to support researchers, existing networks, and research institutes, to bring together collaborative initiatives focused on different aspects of open science, and to exchange best practices.

Let’s step out of our shadows together, intensify cooperation and take concrete steps to further advance the practice of open science. For today’s challenges and for tomorrow’s.

With special thanks to Sanli Faez (UU) for help with the translation from Dutch.

*Jeroen Sondervan writes in his capacity as editor of the national platform http://openaccess.nl 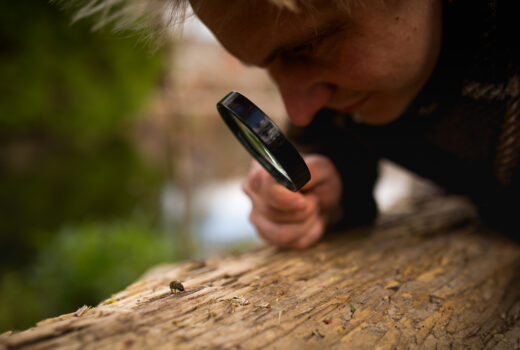 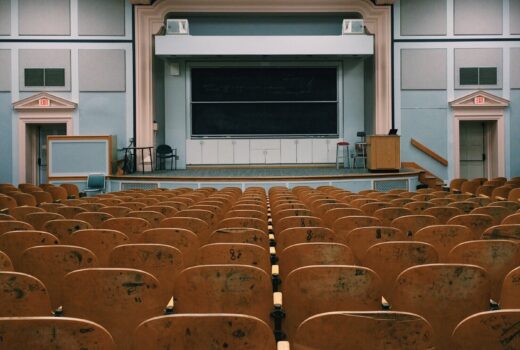 Academics are not a vital profession

As shocking as it may sound, academics do not... 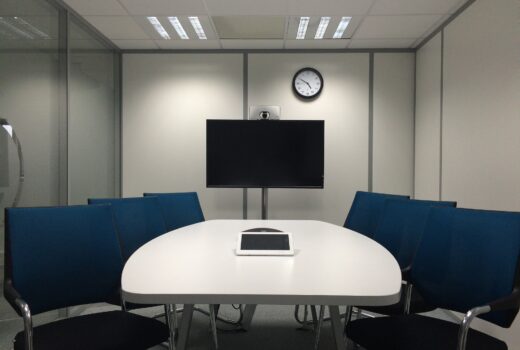 Elsevier willing to compensate editors to prevent them from ‘flipping’

As some editors are moving to 'flip' their journal...