My colleague Han van der Maas has recently proclaimed the death of the academic editor and the liberation of the author. The dramatic change in their fortunes, he argues, is due on the one hand to a proliferation of preprint technologies, allowing scholars to upload and stably store works well before their journal debut. On the other, new incentives for using preprints in Plan-S, a major open-access (OA) initiative of several national research foundations in Europe.

Prestige, habit and paths of least resistance paved (or bought) by the major publishing conglomerates (read: data merchants) may help mitigate that tension for a while, since most OA preprint servers are not yet part of a full publishing process run by non-profit OA journals such as Sci|Post. But greedy publishers’ absurd pricing and their ambivalence towards real OA publishing effectively create a new form of financial gatekeeping, also known as “pay to play”. The future of truly open scholarly communications surely does not reside with them.

The promise of preprints

Preprints, therefore, especially those supported by non-profit organizations and open source, offer a technically, financially as well as morally sustainable solution to expanding an artificial bottleneck in the academic publishing process. But, to return to my colleague’s prediction, safe storage and indexing, which are now possible with initiatives such as HumanitiesCommons, BioRxiv and SocArXiv, hardly ensures discoverability and use. Given that scholars think, ask, explore and communicate within a social context, it is urgent that we ask: In whose hands should authors leave the crucial task of curation, that is, the selection, promotion and organization of quality research in order to render it more visible to diverse audiences?

Outside the context of increasingly expensive conferences and unaffordable OA and article processing fees (APCs), there are three paths for scholarly papers and data to achieve presence. The first is to leave it up to well-meant but ultimately self-serving impact factors and rankings mostly supporting private industries. The second is to allow the undifferentiated public at large to vote on the matter, in a lopsided Web mostly run on privately-owned infrastructures. The third is to give informed and financially unbeholden (if never entirely unbiased) peers a strong voice, and let scholarly expertise carry out the role it is designed (and paid) to play.

None of these options are mutually exclusive, of course. But the ‘push’ private companies give to works’ visibility currently far outweighs the ‘pull’ factor of scholarly communities of practice. After all, most non-experts and lay audiences seek information online with little insight about an academic field’s quality benchmarks, and let Google and Elsevier do that work for them. In this sense, preprints have cleared a path for individuals and organizations (including journal editorial boards) to access a far larger collection of accurately indexed materials than they normally encounter by sifting through submitted manuscripts.

To be sure, editorial boards have long been proactive about profiling their journals and soliciting papers from authors whose work they find relevant, be it in the shape of individual articles or special issues. Yet editors, often relying on reviewers’ labor and input, tend to spend more time and energy waging a defensive war on their journal’s identity and quality than actively discovering exciting new work. Field-specific preprint repositories are one way to streamline editorial boards’ activities, allowing them to identify and curate collections from a far greater pool of papers—and potentially at earlier stages of gestation—than is their current habit.

In other words, the announcement of the editor’s death may have been premature, but the editor may need to change her modus operandi.

It is becoming more common for authors to legally upload a range of papers to preprint servers, including works in progress, delivered lectures and submitted manuscripts, and not only final manuscripts that have passed and implemented the input of peer review. Thus colleagues, including editors, can take their pick in a more constructive and proactive way, and advise above all early career scholars on how to transform their working papers into texts with a significant stamp of approval from the standpoint of a broader and more experienced community of scholarly practice.

At the same time, authors do not have to remain beholden to the needs of one community or format. Interactions on the basis of preprints can steer a work in progress towards a version that addresses the questions and needs of diverse scholarship-using communities, including schools, thinktanks, clinics and institutes wishing to profile new and important work from their unique perspective. And these in turn render works more or less visible or urgent to read for a specific audience. The beauty of OA preprint servers is that, like any OA repository, they allow free and creative reuse.

Simply put, curating and mentoring processes do not require a journal; or rather, journal editors are not the only ones currently defining their community of scholarly practice, which is clearly a missed opportunity for scholars and the public at large.

Preprint-based curation, in sum, has clear advantages. First and foremost, it actively promotes open scholarly communication. While doing so, it can also shore up the interest raised by a certain piece among specific audiences, e.g. scholars, educators or even the public at large, since platforms are not necessarily (indeed, should not be) limited to trained academics working in research institutions. Such interest can in turn give authors food for thought about the kind of audiences they wish to engage, how and where. Last but not least, if preprint servers are configured accordingly (i.e., socialized), the review process itself can become public, illuminating this otherwise invisible but immensely important contribution to one’s field.

On one issue Van der Maas is surely correct: Plan-S is unlikely to stop the countdown to academic publishing’s full privatization. But humanities scholars still have the privilege of thinking through their options, perhaps unlike numerous scholars in other fields. Supporting non-profit preprint services by depositing works at an early stage can help them diversify and render sustainable open-access scholarly communications, foster collaboration and mentoring, and create a place for traditional journal boards as well as new forms of curatorial initiatives. If done in a non-profit environment, moreover, integrating preprints into personal and institutional publishing workflows can help fight the growing monopoly of data merchants on publicly funded research. 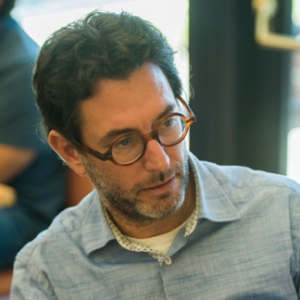 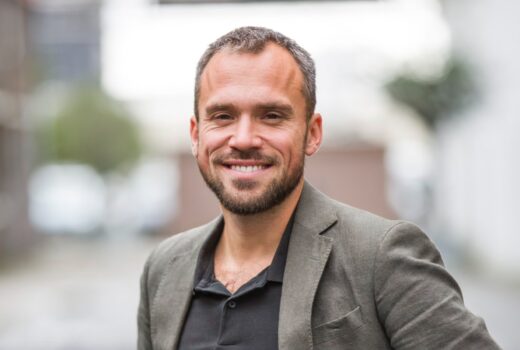 The fact that open access and open science are...