Reden daarvoor is dat de afgelopen 5 jaar de ‘performance in Firm investments and Linkages & entrepreneurship has worsened, in particular due to a decrease in Non-R&D innovation expenditures (-1.5%) and the Firm renewal rate (-4.4%).’

-Austria, Ireland, Luxembourg, Belgium, France and the Netherlands are the Innovation followers, with innovation performance below those of the innovation leaders but above that the EU average. Ireland’s performance has been increasing fastest within this group, followed by Austria.

-Malta, Hungary, Slovakia, Poland, Lithuania, Romania, Latvia and Bulgaria are the Catching-up countries with innovation performance well below the EU average. All of these countries have been catching up, with the exception of Lithuania.  Bulgaria and Romania have been improving their performance the fastest.

Netherlands is one of the Innovation followers. Its innovation performance is just above the EU27 average but the rate of improvement is below that of the EU27. Relative strengths, compared to the country’s average performance, are in Finance and support and Linkages & entrepreneurship while relative weaknesses are in Firm investments and Innovators.

Over the past 5 years, Human resources and Finance and support have been the main drivers of the improvement in innovation performance, in particular as a result from strong growth in S&E and SSH graduates (11.3%), S&E and SSH doctorate graduates (6.8%) and Broadband access by firms (23.8%). Performance in Firm investments and Linkages & entrepreneurship has worsened, in particular due to a decrease in Non-R&D innovation expenditures (-1.5%) and the Firm renewal rate (-4.4%). 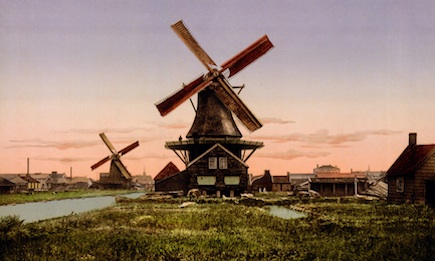