This article was originally published on Education and Skills today.

In 2014, over 3 million students in OECD countries – more than double the amount in 2000 – were studying outside their country of citizenship. International students go to study in countries with reputations for academic excellence; but they are frequently also seen as seeking economic and social opportunities in the host country.

The current Education Indicators in Focus brief, based on the most recent data on international student mobility and tuition fees published in Education at a Glance 2016, looks into the reforms differentiating tuition fees between national and international students. The majority of OECD countries still do not differentiate fees between the two categories, but a growing number of countries do. 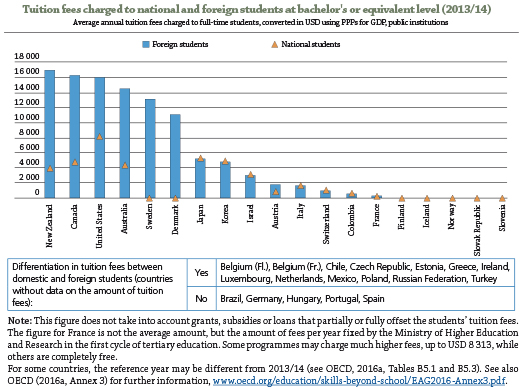 As the chart above shows, in some countries the differences are significant. In Australia, Austria, Canada, New Zealand and the United States, foreign students pay double or more the tuition fees charged to national students, on average, while Sweden and Denmark charge no fees to national students but ask international students to pay more or less the full cost of tuition.

It is well known that exporting education services has become an important economic activity in some countries, including Australia, New Zealand, the United Kingdom and the United States. Fee-paying international students generate a considerable revenue stream to higher education institutions; they also consume other goods and services and thus contribute to the host country’s economy.

But to what extent do universities in these countries benefit from this source of income?

Universities are genuinely concerned about their place in the global scientific research and education system. They thus see the internationalisation of their institutions as part of a wider strategy. But at the same time, it is clear that in several countries fee-paying students generate welcome additional revenue at a time when public funding is insufficient to cover costs. As is evident from the political debate in several countries, this creates tensions between universities’ policies to defend their commercial interests on the one hand and governments’ restrictive immigration policies on the other.

These developments fundamentally alter the position and perception of international students. From being a desirable addition to the student population, a source of global relevance and diversity, they are now regarded as either cash-cows or scroungers of national resources, taking away benefits and opportunities from locals. It remains to be seen how these students will react to these developments.

The current Education Indicators in Focus brief provides some evidence, based on observations in Denmark, New Zealand and Sweden, that introducing fees for international students did result in a drop in their numbers in subsequent years. International students are looking for the best education at a reasonable cost, balancing perceived academic excellence and reputation against cost and hospitality.

As long as higher education systems in emerging economies are not able to match growing demand with sufficient high-quality local supply, students will continue to cross borders to seek education opportunities. For destination countries with excellent higher education systems, international students offer a lot of benefits – but only if they are regarded as welcome additions to the student population, and not as cash cows or opportunistic free-riders.

Dirk van Damme is Head of the Innovation and Measuring Progress Division, Directorate for Education and Skills at the OECD. 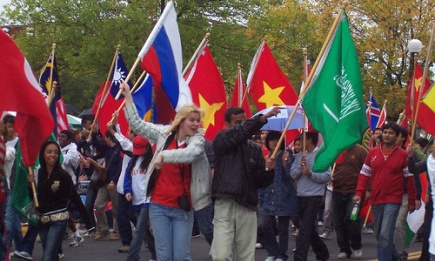 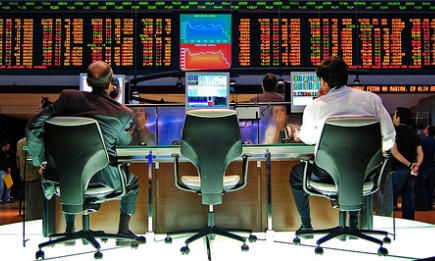