Meer uitvoerig is hun project er op gericht ”to identify unambiguous associations between schizophrenia and DNA sequence variants that are common in European populations. The project is unique in that it will include a genome-wide association study of schizophrenia in a large group of 850 of our patients and 750 controls from a single region in the Netherlands. Our study population of schizophrenia patients is exceptional in the uniformity of its ascertainment and the rigor and depth of the phenotyping that has been carried out in it. In addition to assessments for DSM-IV diagnoses, neuroimaging data (from magnetic resonance imaging) are available for a substantial portion of cases and controls; many individuals have been imaged twice. Another feature of our patient population is that most patients remain under the care of the same clinicians who enrolled them in the study, permitting unusual opportunities for longitudinal evaluations, including reassessment of clinical characteristics and family-based follow-up studies.”

The association study will be performed in stages. Stage I is a genome-wide screen of 500,000 SNPs in an initial Dutch sample. Analyses will include two-point analysis between cases and controls, and haplotypebased methods. Stage II will test, in an independent Dutch sample, those SNPs or haplotypes that showed evidence for association in the genome screen that meet pre-set thresholds for significance. The goal of this strategy is to detect true schizophrenia susceptibility loci while limiting false positive findings to a very small number (< 10 in the genome). Follow-up studies will be initiated to refine disease-associated haplotypes and identify sequence variants that increase the risk for schizophrenia. Further delineation of intermediate schizophrenia phenotypes, using among others neuroimaging, will be used to study their respective contributions to disease susceptibility loci identified in this study. 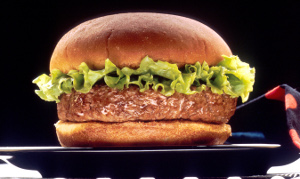