Daarom vraagt hij in een ingezonden brief aan de redactie om schrapping van delen van zijn stuk. “I request it because of continued irresponsible contemporary use by creationists who have quoted my not merely out-of-context, but incorrect, statements, to support their dubious viewpoint. I am deeply embarrassed to have been the originator of such misstatements, allowing bad science to have come into the purview of those who use it for anti-science ends.”

Dat wil beslist niet zeggen, dat de geleerde iets zou hebben tegen religieuze overtuigingen, zon onderstreept hij in de NYTimes. ““Religion is O.K. as long as you don’t fly in the face of facts. After all, no one can disprove the existence of God.” Maar Jacobson zegt wel dat “he was dismayed to think that people might use his work in malignant denunciations of Darwin.”

In January 1955, American Scientist published my article, “Information, Reproduction and the Origin of Life” (Vol. 43, No. 1). I ask you to honor my request to retract two brief passages, as follows:

On page 121: “Directions for the reproduction of plans, for energy and the extraction of parts from the current environment, for the growth sequence, and for the effector mechanisms translating instructions into growth—all had to be simultaneously present at that moment [of life’s birth].”

On page 125: “From the probability standpoint, the ordering of the present environment into a single amino acid molecule would be utterly improbable in all the time and space available for the origin of terrestrial life.”

I have several reasons for retracting the statements. For the first passage, use of the requirement of simultaneity was a conjecture, unsupported by any proof. Separate developments of partial structures might well have occurred in an environment of randomly reacting molecules, eventually to join into one or more self- reproducing structures.

The second passage refers only to an attempt to calculate the probability that a single molecule of a particular amino acid could spontaneously form from its components. The calculation was irrelevant, as it was based on an endothermic change during an imaginary spontaneous conversion of a mixture of component atoms and molecules into glycine under adiabatic and standard conditions, with no external source of energy. Such changes cannot spontaneously take place. Molecules of increased complexity have been found, however, when necessary components are available, with the aid of ambient energy from natural or experimental systems, e.g. electrical discharges, substantial temperature gradients or contiguous compounds or elements whose chemical reactions produce free energy. All of these could have existed under early Earth conditions, and thus this passage is completely inapplicable.

Retraction this untimely is not normally undertaken, but in this case I request it because of continued irresponsible contemporary use by creationists who have quoted my not merely out-of-context, but incorrect, statements, to support their dubious viewpoint. I am deeply embarrassed to have been the originator of such misstatements, allowing bad science to have come into the purview of those who use it for anti-science ends. 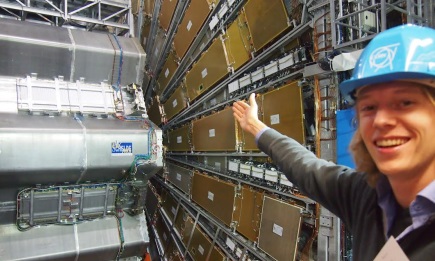