This year’s Nobel Prize in Physiology or Medicine is awarded tothree scientists who have solved a major problem in biology: howthe chromosomes can be copied in a complete way during celldivisions and how they are protected against degradation. The NobelLaureates have shown that the solution is to be found in the endsof the chromosomes – the telomeres – and in an enzyme that formsthem – telomerase.

The long, thread-like DNA molecules that carry our genes arepacked into chromosomes, the telomeres being the caps on theirends. Elizabeth Blackburn and Jack Szostak discovered that a uniqueDNA sequence in the telomeres protects the chromosomes fromdegradation. Carol Greider and Elizabeth Blackburn identifiedtelomerase, the enzyme that makes telomere DNA. These discoveriesexplained how the ends of the chromosomes are protected by thetelomeres and that they are built by telomerase.

If the telomeres are shortened, cells age. Conversely, iftelomerase activity is high, telomere length is maintained, andcellular senescence is delayed. This is the case in cancer cells,which can be considered to have eternal life. Certain inheriteddiseases, in contrast, are characterized by a defective telomerase,resulting in damaged cells. The award of the Nobel Prize recognizesthe discovery of a fundamental mechanism in the cell, a discoverythat has stimulated the development of new therapeuticstrategies.

The chromosomes contain our genome in their DNA molecules. Asearly as the 1930s,

When scientists began to understand how genes are copied, in the1950s, another problem presented itself. When a cell is about todivide, the DNA molecules, which contain the four bases that formthe genetic code, are copied, base by base, by DNA polymeraseenzymes. However, for one of the two DNA strands, a problem existsin that the very end of the strand cannot be copied. Therefore, thechromosomes should be shortened every time a cell divides – but infact that is not usually the case (Fig 1).

Both these problems were solved when this year’s Nobel Laureatesdiscovered how the telomere functions and found the enzyme thatcopies it.

In the early phase of her research career, Elizabeth Blackburnmapped DNA sequences. When studying the chromosomes ofTetrahymena, a unicellular ciliate organism, sheidentified a DNA sequence that was repeated several times at theends of the chromosomes. The function of this sequence, CCCCAA, wasunclear. At the same time, Jack Szostak had made the observationthat a linear DNA molecule, a type of minichromosome, is rapidlydegraded when introduced into yeast cells.

Blackburn presented her results at a conference in 1980. Theycaught Jack Szostak’s interest and he and Blackburn decided toperform an experiment that would cross the boundaries between verydistant species (Fig 2). From the DNA of Tetrahymena,Blackburn isolated the CCCCAA sequence. Szostak coupled it to theminichromosomes and put them back into yeast cells. The results,which were published in 1982, were striking – the telomere DNAsequence protected the minichromosomes from degradation. Astelomere DNA from one organism, Tetrahymena, protectedchromosomes in an entirely different one, yeast, this demonstratedthe existence of a previously unrecognized fundamental mechanism.Later on, it became evident that telomere DNA with itscharacteristic sequence is present in most plants and animals, fromamoeba to man.

An enzyme that builds telomeres

Carol Greider, then a graduate student, and her supervisorBlackburn started to investigate if the formation of telomere DNAcould be due to an unknown enzyme. On Christmas Day, 1984, Greiderdiscovered signs of enzymatic activity in a cell extract. Greiderand Blackburn named the enzyme telomerase, purified it, and showedthat it consists of RNA as well as protein (Fig 3). The RNAcomponent turned out to contain the CCCCAA sequence. It serves asthe template when the telomere is built, while the proteincomponent is required for the construction work, i.e. the enzymaticactivity. Telomerase extends telomere DNA, providing a platformthat enables DNA polymerases to copy the entire length of thechromosome without missing the very end portion.

Telomeres delay ageing of the cell

Scientists now began to investigate what roles the telomeremight play in the cell. Szostak’s group identified yeast cells withmutations that led to a gradual shortening of the telomeres. Suchcells grew poorly and eventually stopped dividing. Blackburn andher co-workers made mutations in the RNA of the telomerase andobserved similar effects in Tetrahymena. In both cases,this led to premature cellular ageing – senescence. In contrast,functional telomeres instead prevent chromosomal damage and delaycellular senescence. Later on, Greider’s group showed that thesenescence of human cells is also delayed by telomerase. Researchin this area has been intense and it is now known that the DNAsequence in the telomere attracts proteins that form a protectivecap around the fragile ends of the DNA strands.

These discoveries had a major impact within the scientificcommunity. Many scientists speculated that telomere shorteningcould be the reason for ageing, not only in the individual cellsbut also in the organism as a whole. But the ageing process hasturned out to be complex and it is now thought to depend on severaldifferent factors, the telomere being one of them. Research in thisarea remains intense.

Most normal cells do not divide frequently, therefore theirchromosomes are not at risk of shortening and they do not requirehigh telomerase activity. In contrast, cancer cells have theability to divide infinitely and yet preserve their telomeres. Howdo they escape cellular senescence? One explanation became apparentwith the finding that cancer cells often have increased telomeraseactivity. It was therefore proposed that cancer might be treated byeradicating telomerase. Several studies are underway in this area,including clinical trials evaluating vaccines directed againstcells with elevated telomerase activity.

In conclusion, the discoveries by Blackburn, Greider and Szostakhave added a new dimension to our understanding of the cell, shedlight on disease mechanisms, and stimulated the development ofpotential new therapies.

Carol W. Greider is a US citizen and was bornin 1961 in San Diego, California, USA. She studied at theUniversity of California in Santa Barbara and in Berkeley, whereshe obtained her PhD in 1987 with Blackburn as her supervisor.After postdoctoral research at Cold Spring Harbor Laboratory, shewas appointed professor in the department of molecular biology andgenetics at Johns Hopkins University School of Medicine inBaltimore in 1997.

Jack W. Szostak is a US citizen. He was born in1952 in London, UK and grew up in Canada. He studied at McGillUniversity in Montreal and at Cornell University in Ithaca, NewYork, where he received his PhD in 1977. He has been at HarvardMedical School since 1979 and is currently professor of genetics atMassachusetts General Hospital in Boston. He is also affiliatedwith the Howard Hughes Medical Institute. 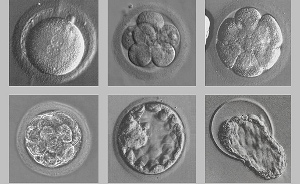