There are times for thinking and acting outside the box. Andthen there are times to return to normality. The West’s majorcentral banks – the Bank of England, the European Central Bank, andthe United States Federal Reserve – should take this to heart. Asformer Fed Chairman William McChesney Martin put it: “It’s the taskof the central bank to take the punch bowl away when the party isstill going.” Recently, however, the Fed decided not only to keepthe punch bowl in place, but to refill it.

When the financial crisis erupted with full force in 2008, theworld’s major central banks were right to employ exceptionalmeasures. Granted, one could argue that in some cases they overshot- for example, with the second round of so-called “quantitativeeasing” in the US – but, roughly speaking, the response seems tohave been appropriate.

More than two years later, however, the situation has changed.Economic recovery is not stellar, but it is a recovery nonetheless.Almost all developed economies have left recession far behind, andthe danger of deflation has disappeared. The Swiss central bankrecently adopted this position, and the ECB is worrying abouthigher inflation, not deflation, in the eurozone. In emergingeconomies, such as Brazil, China, India, and South Korea, inflationis rapidly rising and increasingly becoming an economic and socialproblem.

So the time has come for the West’s central banks to become”normal” again. This applies especially to the Fed and the Bank ofEngland, and, to a lesser degree, to the ECB.

Faced with the trade-off between economic growth in the shortrun and over the medium to long term, these central banks areopting for the latter. By raising interest rates to preventinflation from spiraling out of control, they inflict some pain onthe economy now. But that pain is negligible compared to the painthat would be needed to fight runaway inflation later.

In that sense, emerging-market countries’ central banks havelearned the lesson of the 1970’s and 1980’s, when inflation ruledthe world and crippled economic growth – in large part becausecentral banks did not act in a timely fashion. Central banks likethe Fed and the Bank of England seem to have forgotten thathistory.

So, what should Western central banks do?

In the first place, use of a “core inflation” indicator shouldbe put aside. There is much to say for using core inflation inconducting monetary policy and explaining decisions to the public,but only when price increases of food and energy – which coreinflation strips out – are temporary in nature. That seems not tobe the case any more.

In the United Kingdom, for example, supposedly “temporary”factors have been keeping the inflation rate well above the targetfor almost two years. The ECB recently published a report sayingthat food prices will most likely increase further, because demandis structurally higher than supply. The same can probably be saidof various commodities, including oil, demand for which has beenstructurally underestimated.

Second, Western central banks should start rolling back theemergency measures put in place in response to the financial andeconomic crisis. This applies particularly to the Fed, which in theautumn of 2010 launched a second round of quantitative easing tostimulate economic growth and employment in the short run, but alsoto the Bank of England, which is criticized for being too lax.

Finally, in order to stand a chance of preventing inflation fromincreasing much further, real interest rates must, at the veryleast, be equal to zero or slightly positive. That has not been thecase for a long time, and still is not the case with headlineinflation running at 2.2% in the eurozone and 1.5% in the US. Evenwhen we look at core inflation, real interest rates in the US arestill deep in negative territory. The picture is especially grimfor the UK, with the official interest rate at 0.5% and inflationat 3.3%.

In order to prevent inflation from spiraling out of control, theFed should increase the federal funds rate from almost 0% now to atleast 3% within a year or so. In the same timeframe, the ECB shouldmove its official rate from 1% to at least 2%, while the Bank ofEngland should aim for 5%.

Choosing a short-term boost to economic growth and employment,rather than enforcing price stability, wrecked the world economy inthe 1970’s and 1980’s. The outcome may not be much different thistime around if Western central banks maintain their currentmonetary policies for much longer.

For years, these banks’ officials have invited theircounterparts from developing and emerging-market countries toconferences and meetings in order to teach them the tricks of thetrade. Maybe now the time has come for the teachers to learn fromtheir students. 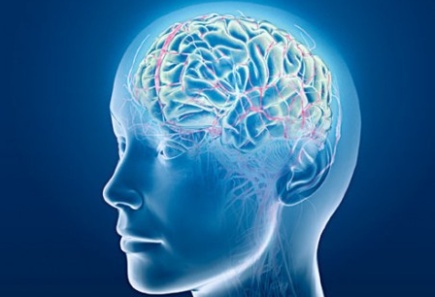